The American economist Alan Blinder, PhD, is a professor at Princeton University and the co-founder of the Promontory Interfinancial Network, LLC.

Having served under President Clinton, Blinder was both a member of the President’s Council of Economic Advisors and Vice Chairman of the Board of Governors of the Federal Reserve System from 1993-96. During this period Blinder worked on both macroeconomic forecasting, budget, international trade, health care issues, bank regulations and community affairs. Alongside his career in politics, Blinder has also been the Gordon S. Rentschler Memorial Professor of Economics and Public Affairs at Princeton University since 1971. As the co-author of 17 books Blinders works include After the Music Stopped; The Financial Crisis and Economics: Principles and Policy, used over two million students as an introductory guide to economics. Blinder is also a regular columnist for national publications including The Wall Street Journal and regularly appears on CNBC, CNN and PBS.

Considered one of the great economic minds of his generation by Research Papers in Economics (RePEc), Blinder now presents to audiences around the world on a wide range of economic and political matters. He is also a Research Associate of the National Bureau of Economic Research, a Fellow of the American Academy of Arts and Sciences and a member of the Council on Foreign Relations. In 2009 Blinder went on to be inducted into the American Academy of Political and Social Science. 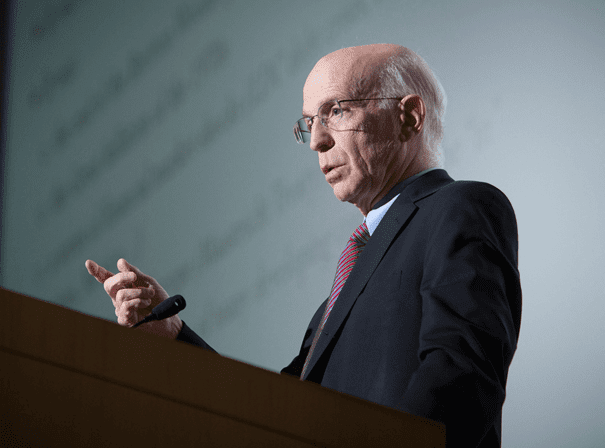