Alan Mullery was a professional footballer and manager who had an eventful and successful career with Fulham and Tottenham Hotspur in the 1960s and 1970s and is now a frequent after dinner speaker and regular face on Sky Sports. Alan also turned out for England in his time and unfortunately was the first ever player to be sent off in an international match. Mullery, a tough and speedy central midfield player, played 35 times in all for his country and scored one goal.

After starting out by coming up through the youth ranks at Fulham, Alan went on to play for Tottenham Hotspur, had a second spell at Fulham and played for Durban City FC in 1976 before retiring, having won the FA Cup, League Cup and UEFA CUP in his career. He often contributed goals from his midfield positions and following retirement had a busy managerial career with teams such as Brighton & Hove Albion, Charlton Athletic, Crystal Palace, Queens Park Rangers and Barnet among others. In 2013, Mullery was made Club Ambassador at one his old teams, Brighton and Hove Albion, and in that role is responsible for match day hospitality and also does lots of work within the local community. Alan was voted into the top 100 footballers ever to play in the Football League and so remains an enduring figure in the sport to this day. 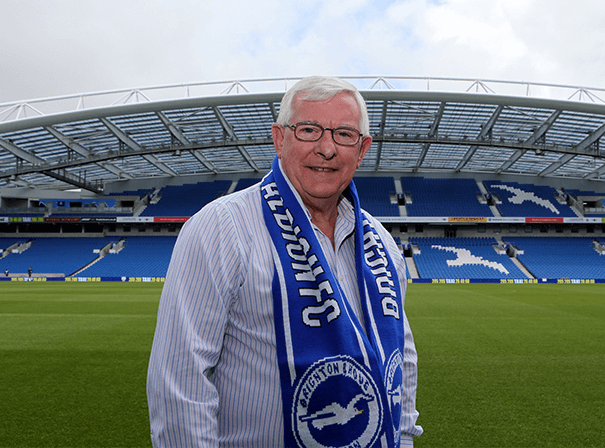