Britain’s most famous gardener, Alan Titchmarsh is an authorityon all things botanical. Not only an expert gardener and horticulturalist, he’salso an accomplished journalist, author, presenter and television personality –as a beloved fixture on British TV screens, he’s carved out a special place inthe heart of the nation as an endearing figure and a household name with anastonishing depth of knowledge in his field. In the world of gardening, there’sno celebrity more widely recognised or respected. The recipient of fourhonorary degrees, he holds the title of Vice-President of the RoyalHorticultural Society and has been awarded a Victoria Medal of Honour and anMBE in the 2000 New Years’ Honours list.

Titchmarsh first appeared on our screens in 1979, reportingon a plague of greenfly that had invaded the seaside town of Margate. By 1986he was presenting BBC Breakfast Time and BBC Manchester’s Open Air, before beginninga ten-year run hosting BBC One’s Pebble Mill at One. Best known for hosting GroundForce, Gardeners’ World and Songs of Praise, Titchmarsh has been involved in arange of informative and entertaining productions, including British Isles: ANatural History and The Nature of Britain. He’s also worked with ITV, hostinghis own chat show and presenting Love Your Garden, Love Your Home and quiz showMasterpiece.

Aside from his television work, Titchmarsh has authored morethan fifty books, covering gardening and horticulture, royal residencies andthe British countryside. Three volumes of memoirs have been warmly received bycritics, while all ten of his novels have placed on the Sunday Times BestsellerList. He’s also found success as a journalist, writing for a list ofpublications that includes The Sunday Telegraph, Gardeners’ World Magazine, andCountry Life. 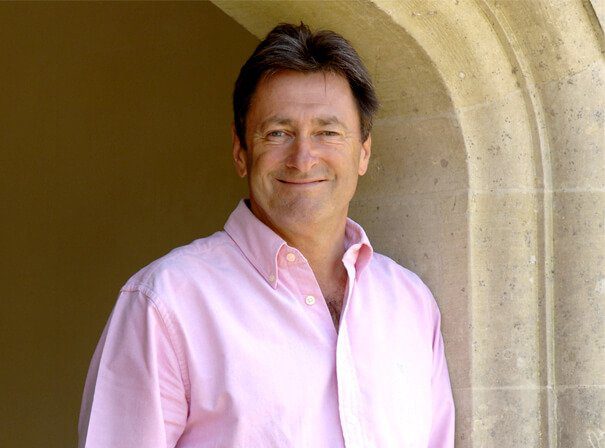