The musician and songwriter Alex James is best known as the bassist in the English rock band blur. Formed in 1988 the band became a well-known part of the Britpop music & culture movement during the 90s and their best-selling albums include Parklife in 1994, The Great Escape in 1995 and The Magic Whip in 2015. Having toured internationally and performed at renowned festivals including Glastonbury and Coachella, the band was awarded a Brit Award in 2012 for their Outstanding Contribution to Music.

Alongside James’ successful music career with Blur, he has also co-written and produced songs with a number of well-known music artists including Sophie Ellis-Bextor, Florence and the Machine, and Olly Murs. In addition, James’ TV guest appearances include Have I Got News For You, Never Mind The Buzzcocks and Top Gear.

Since his move to the Cotswolds, James has become notable for his cheesemaking passion. Among his collection of British Artisan cheeses, James produces a variety of flavours including his award-winning goats’ cheese Farleigh Wallop, awarded Best Goats’ Cheese at the 2008 British Cheese Awards. In 2011 James released a range of everyday changes at Asda, known for their distinct flavour combinations including cheddar and tomato ketchup. His experience as a cheese producer has since led to James’ regular food and farming columns in The Sun, The Sunday Telegraph and Esquire Magazine. James has also co-hosted the annual food and music festival The Big Food Festival together with Jamie Oliver since 2012, promoting top chefs, local produce and live music from artists including Lewis Capaldi, Jess Glynne and Rudimental. 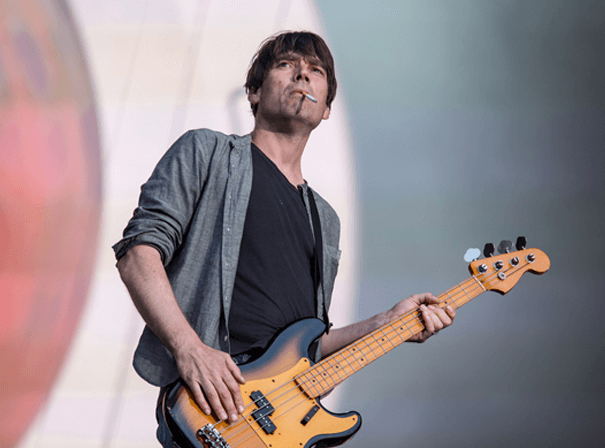