Promising English football star Alfie Cutbush signed his first professional deal with Ipswich Town on the 3rd June 2021. The talented young midfielder has been with the club since the Under 7s and has continued to impress as he has progressed through the Blue’s youth teams to become a key member of Ipswich Town’s academy. His 11th season with Town proved to be his most successful yet with the creative youngster scoring nine times and picking up seven assists as the U18s reached the semi-final of the FA Youth Cup and finished runners up in the Professional Development League Two South during 2020/21.

Born and raised in Chelmsford, Essex, Cutbush started his football journey at local grassroots club PASS Soccer in Chelmsford when he was just four years old. The young midfielder’s talent shone through right from the start and he progressed quickly through PASS’s 4 level training programme. Cutbush was selected for the club’s European tour and played a huge part in its success. The young soccer star was also noticed by Ipswich at an early age and joined the Blues at U7s level. After impressing at each stage of Ipswich Town’s youth academy it was no surprise when the club offered the up-and-coming player his first professional contract.

Cutbush now has a big future ahead of him, but the youngster hasn’t forgotten the club where his football career began and he often gives up his time to visit holiday courses at PASS Soccer to talk to current PASS players. 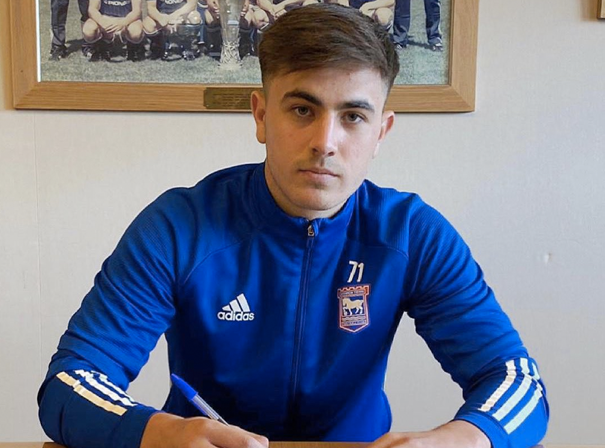