Ally Hammel is quickly and decisively rising up the ranks in the world of field hockey. In just this past year, she has jumped from showing out every game playing for Boston University to earning a spot on the 2020 U.S. Women’s National Team. She competed with the team’s development squad in tours in the Netherlands and Chile, and is the third Boston University alumni to grab a spot on the National Team. The coach for the field hockey team at Boston University, Sally Starr, has said “I think more than anything—and this is something we can’t coach—she has an intrinsic love of the game”. This love of the game has propelled Hammel into national recognition and multiple awards — including winning the NFHCA Northeast Region Player of the Year award twice as well as being the first player in Boston University history to win the NFHCA All-America First Team award twice.

Hammel had her start in the world of field hockey by first falling in love with ice hockey. Growing up with brothers that were very into the sport, she played on the ice hockey team at Duxbury High School in Massachusetts. She only later got into field hockey after being encouraged by her mother, who played field hockey herself at the University of Connecticut. Eventually her talent and enthusiasm for the sport grew, and drew the attention of Boston University; the rest is history. Currently, Hammel is enjoying her time playing for the U.S. National Team, earning her first cap on February 7 against Argentina. 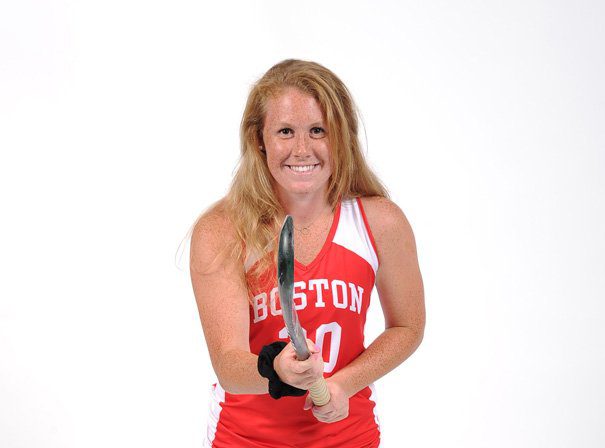