One of the biggest names in Australian radio and television, Amanda Keller has nearly 40 years of media experience with some of the industry’s major broadcasters. She is currently a presenter of not one but three programmes: Dancing with the Stars, The Living Room, and long-running breakfast radio show, Jonesy & Amanda on Sydney’s WSFM. The first is a national institution, the second a multi-award winner, and the third makes her one the highest earners in Australian radio.

Keller’s media career began in the early eighties, somewhat further down the ladder, as a researcher on children’s TV show, Simon Townsend’s Wonder World! By the end of the decade, she’d made her breakthrough with Beyond2000, a ground-breaking science programme that was aired around the world. For her work on the show, Keller was awarded a United Nations Association of Australia Peace Medal. Throughout the nineties and noughties, she became a popular presence on Australia’s TV and radio sets, with shows such as Talkin’ ‘Bout Your Generation, Mondo Thingo, and the breakfast show on national radio network Triple M. In 2012, she began hosting a new TV show, The Living Room for Network Ten. Now in its ninth season, it has won four Logies for Most Popular Lifestyle Programme. In 2019, she became one of the new hosts of the ever-popular Dancing with the Stars.

Keller’s career was recognised with an OAM in the 2016 Queen’s Birthday Honours. A more unusual honour is the world record she holds with her WFSM co-host, Brendan Jones, for the world’s longest underwater radio broadcast (over three hours). 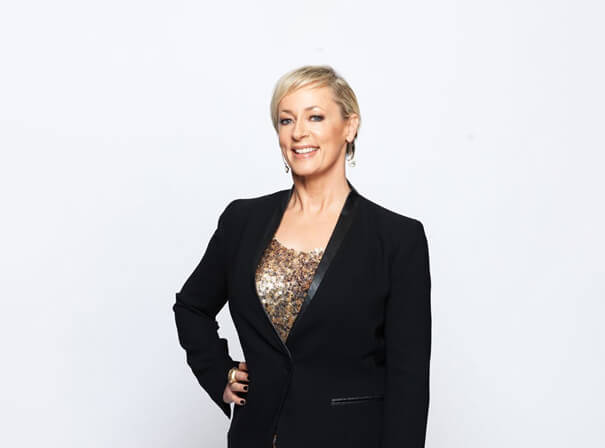