British boxer and former Olympic Silver medalist Amir Khan is one of the most celebrated welterweight boxers of the era. 56The Bolton born professional has quickly risen up through the ranks and now enjoys a huge profile all around the world, right up there with the likes of pound for pound kings Floyd Mayweather and Manny Pacquiao. A devout professional who lives the life and was truly born to box, Khan is also an inspirational and motivational speaker who excites audiences all over the world. Standing at 5foot 9in tall, he has fought more than 33 times, has won by knockout 19 times and has lost just three times to Columbian bruiser Breidis Prescott, Danny Garcia and Lamont Peterson.

Formerly trained by Hall of Fame coach Freddie Roach, Khan now works under Virgil Hunter over in the States and has rebuilt his career with stunning victories over Devon Alexander and Luis COllazo. His most revered attribute is his amazing hand speed and it is this that helped him to win WBA, WBA (Super) and IBF Light Welterweight titles, making him a two time World Champion. If you were to ask anyone about Amir Khan’s talent, they would undoubtedly say he was born to be a boxer. His calm exterior unnerving to his opponents; his craving to win making him faster and stronger than others; these are but a few reasons why he has become not only a winner, but an icon. 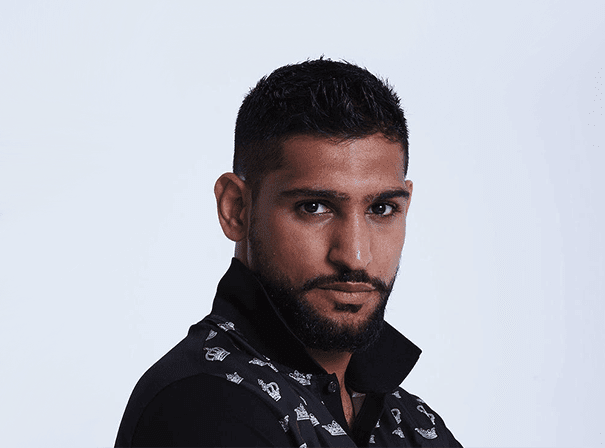