Mexican wrestler Angel Garza is one of the current crop of rising wrestling stars lighting up WWE Raw. Since his professional debut in 2008, he has fought his way up the pecking order to become part of the world’s biggest, most exciting sports entertainment franchise. Along the way, he has won titles in various promotions, such as the Crash Lucha Libre, Impact Wrestling, Pro Wrestling Blitz, and Llaves y Candados. In 2020, he was featured in Pro Wrestling Illustrated’s Top 500 Singles Wrestlers for the first time.

Garza was born Humberto Garza Solano in the city of Monterrey, Nuevo Leon, Mexico in 1992. He comes from a family of professional wrestlers, with his grandfather and great-uncle being professional wrestlers, as well as three of his uncles and two of his cousins. Garza made his own professional wrestling debut in 2008, just weeks after his 16th birthday, using the ring-name El Hijo de Ninja. As El Hijo, he won the Federacion Internacional de Lucha Libre Light Heavyweight Championship in 2009. Before long, he was attracting attention from various American wrestling promotions, including TNA and WWE.

Before his move to America, however, Garza established himself with Mexico’s premier wrestling promotion, Lucha Libre AAA Worldwide, and on the Mexican independent circuit. Eventually, he moved across the border, signing with Impact Wrestling in 2017. Just over two years later, he signed with the WWE, making his debut as part of their NXT Breakout Tournament. In February 2020, he made his Raw debut, being introduced as an associate of Zelena Vega. 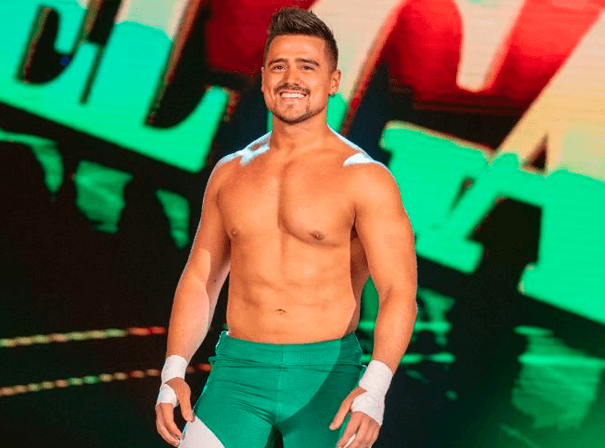