Anyika Onuora is a retired British track and field sprinter who participated in the 100m, 200m, and 400m sprints, as well as the 4x100m and 4x400m relays. Despite being a member of the Great Britain 4x100m relay team that won gold at the 2014 European Athletics Championships, she moved to the longer 400m sprint and relay in her later career on the advice of her coaches, which resulted in her greatest solo and relay triumphs. In 2015, she won a World Championship bronze medal in the 4x400m relay, and in 2016, she earned individual bronze in the 400m dash and relay gold in the 4x400m dash at the European Championships, followed by an Olympic bronze medal in the 4x400m dash.

Onuora’s first big junior international tournament was the 2003 European Athletics Junior Championships, where she placed fifth in the 100m dash and won silver with the British 4x100m relay team. In 2006, she raced in her first big senior championships, reaching the semi-finals of the 100m and winning her second silver medal with the English team in the 4x100m relay at the Commonwealth Games in Melbourne. She repeated the feat five months later at her maiden European Athletics Championships, reaching the individual semi-finals and winning another silver medal with the relay team.

Onuora also raced for Europe in the 2006 IAAF World Cup, but came last despite setting a personal best for the team. She helped set the British record in the Women’s 4x100m, running the third leg at the Diamond League in Zurich in August 2014, alongside Asha Philip, Ashleigh Nelson, and Desiree Henry. This shattered the British record, which had been achieved 11 days prior in the European Athletics Championships in 2014. Onuora was a member of the British women’s 4x400m relay team that won bronze at the 2016 Rio Olympics. 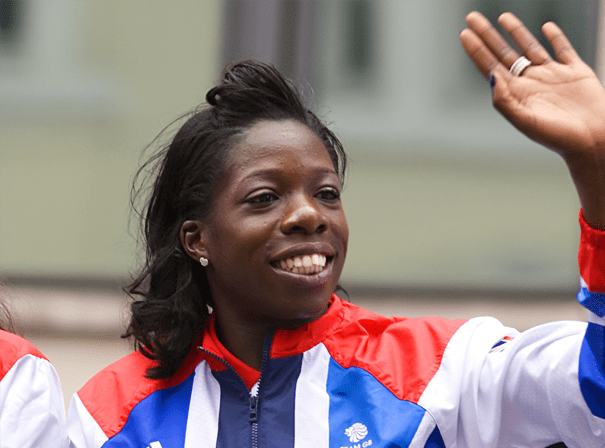