Widely considered one of the greatest football managers of all time, Arsène Wenger won seven FA Cups and three Premier League titles at Arsenal. The former Gunners boss holds the record for the most games managed in the history of the Premier League – 828 in total during his 22 year stint at the club – and is often credited with changing the face of English football through his innovative management techniques, diet techniques and changes to scouting.

Wenger was born in Strasbourg and enjoyed a modest playing career at several amateur clubs before earning a manager’s diploma in 1981. He began to practise his managerial trade at several French clubs including Strasbourg, Nancy and Cannes before moving to AS Monaco, a Ligue 1 side and winning the 1988 French League Championship.

Wenger signed as Arsenal manager in 1996 after an 18 month stint in Japan and soon adapted to life in English football, guiding The Gunners to their first Premier League title in the 1997/98 season and FA Cup victory. Arsenal won a second league and cup double in 2002 and won the FA Cup again the following year. In 2004, Wenger and his team- who became known as “The Invincibles” – were unbeaten throughout the domestic league season, a feat last accomplished 115 years earlier by Preston North End. During the 2017/2018 campaign he surpassed Sir Alex Ferguson’s record as the Premier League’s longest serving manager, and on 20th April 2018 he announced his retirement from the club after a glorious 24 years. In 2019 Wenger was appointed FIFA’s new Chief of Global Football Development. 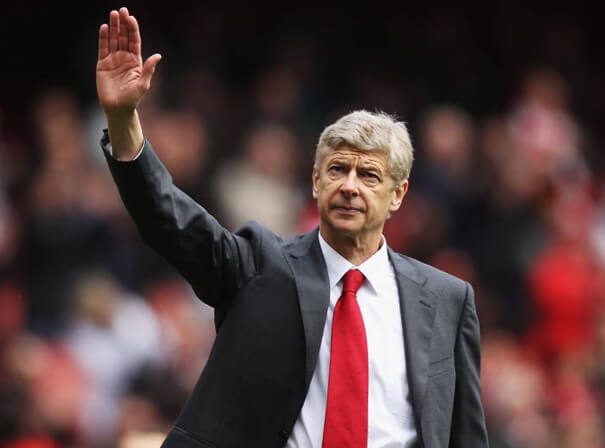