Ashlee Evans-Smith is an American mixed martial artist that competes in the women’s flyweight and bantamweight divisions. She makes frequent appearances in UFC events and has recently recorded victories against Bec Rawlings and Veronica Macedo.

Born in 1987 in Northern California, Evans-Smith began her amateur career in 2010 with wins against Samantha Mosqueda and Jessamyn Duke. She made her professional debut in 2013 with a victory over Tori Adams at CFA 10 and then beat Fallon Fox at CFA 12 in Miami, Florida. After winning against Marciea Allen at WSOF 10, Evans-Smith made a much-anticipated appearance at UFC 181 in 2014. In 2016, Evans-Smith recorded wins at UFC Fight Night 83 and Fight Night 93. She then fought in UFC on FOX and UFC 215 before returning with a win against Bec Rawlings at UFC 223: Khabib vs. Iaquinta. In 2019, Evans-Smith faced Andrea Lee in UFC on ESPN 1 and then faced Norma Dumont in UFC Fight Night in November 2020. 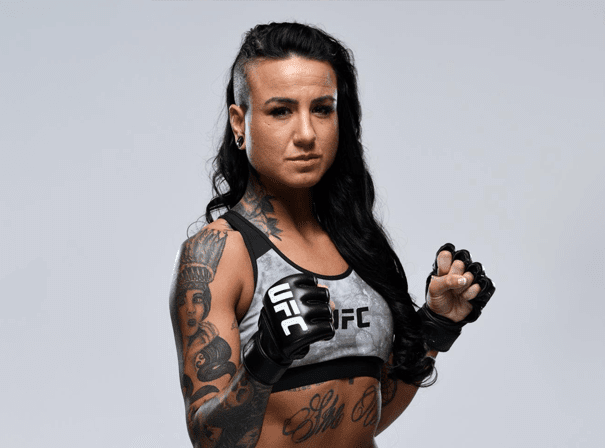