Brazillian jiu-jitsu black belt Bianca Basilio is a force to be reckoned with. Well known for her savage foot locks and impenetrable guard, Basilio is one of the top grappling competitors of her generation. From a young age, Basilio trained extensively in gymnastics before she first stepped into the dojo under Diogo Almeida’s training. She quickly earned a name for herself through competing in a series of local and national competitions before claiming her first world title at 15 years old. Since her extraordinary debut, Basilio has risen through the ranks and conquered some of the sport’s most praised events. From the World Championships to the ADDC’s, Basilio is taking the sporting world by storm.

With nearly a decades of experience competing at the top, Basilio has claimed over seventy grappling victories. Basilio’s record speaks for itself: a six-time World Champion, four-time World Pro Champion, an ADDC Champion, and a Pan American Champion. She is rarely far from the podium. With her lightning-fast reflexes and radiant smile, Basilio is a shining example of pure dedication and hard work.

To inspire her fans, she regularly posts candid shots of herself with her Almeida JJ team, upcoming fights, and in-house training content to her 126k Instagram followers. Whether she’s taking on some of the biggest names in the game at the Big Deal Pro or raising up her fellow teammates, Basilio is a remarkable athlete. With her positive attitude and can-do approach, Basilio is one of BJJ’s brightest stars. 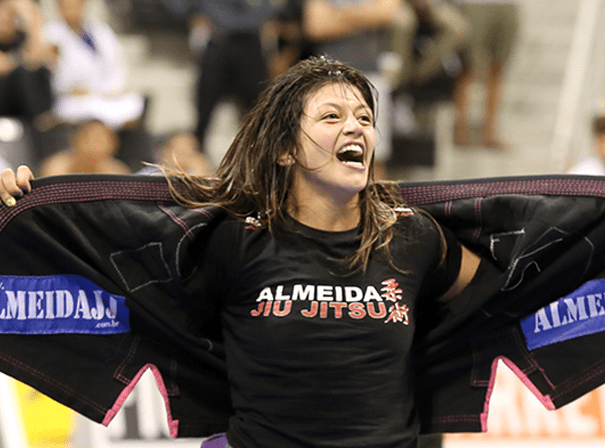