Entrepreneur, stock car racer, and former NASCAR star Blake Koch most recently drove for Kaulig Racing in the NASCAR Xfinity Series. A former motocross competitor from Florida, he switched to NASCAR in 2009 and has driven for a variety of teams. Since 2018, he has appeared on FoxSports 1, working as an analyst on NASCAR RACEHUB and presenting his own segment, Blake’s Takes. Away from the track, he is the brains behind FilterTime, a company that delivers air filters to residential properties. His partner in the company is fellow NASCAR legend Dale Earndhart Jr.

Koch was born in 1985 in West Palm Beach, Florida. Initially, his favoured form of racing transport was a motorbike. After graduating from college, he began to compete in motocross events, eventually being ranked one of Florida’s top 20 riders. After six years however, he wanted a fresh challenge and moved to NASCAR. In 2009, his first year of competing in the NASCAR Camping World West Series (now the Arca Menards Series West), he was runner-up in the Rookie of the Year standings, finishing an impressive 8th overall. However, his promising start soon ran into conflict with his intense Christian faith. He appeared in a TV advert encouraging Christians to register to vote that was banned by ESPN and also saw him lose his sponsorship. Unbowed, he found new sponsors and continued to witness for his faith.

Having raced in the nationwide Xfinity series since 2011, Koch eventually competed in over 200 races, with his best overall finish being 7th in 2016. Since then, he has continued to grow his reputation in other areas of the sport. 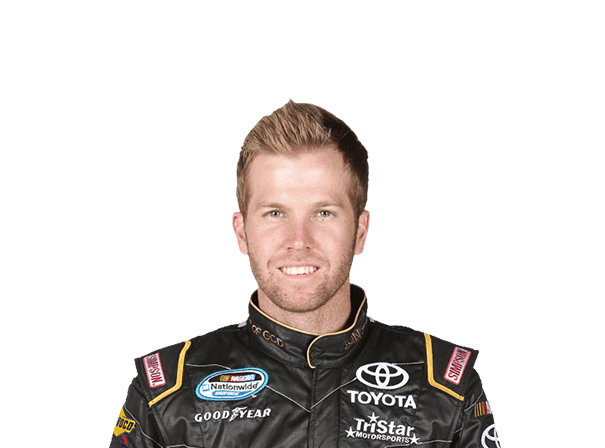