Award-winning explorer and survivalist Brad Parsk has spent almost a third of his life traversing some of the most incredible places on the planet. He has visited over 50 countries, faced grizzly bears in Alaska, completed a 500-mile solo trek of the Scandinavian Arctic, and discovered ancient tombs in China — to name just three of his thrilling adventures. His exploits have seen him become a popular media personality, renowned for his down-to-earth nature and warm wit. He is a regular guest on BBC radio and TV, particularly in his native Yorkshire, and is also a gifted public speaker.

Parsk was born in Rothwell, an unassuming market town on the outskirts of Leeds. He got the taste for travel through frequent family holidays as a child. By his late teens, he was exploring the jungles of South-East Asia and also had a stint serving in the British Army. As well as being thrilling, Parsk’s adventures have been filled with historically important discoveries — whilst in a particularly remote area of China’s Yuecheng Mountains, for instance, he uncovered a long-lost ancient tomb containing relics dating back to the 14th century Yuan Dynasty.

As would be expected from an ex-soldier and intrepid explorer, Parsk is an experienced survivalist. When he’s not covering the Earth’s farthest reaches, he shares his skills through specialist classes in everything from shelter building to hunting and trapping. His truly remarkable on-going journeys have seen him elected a Fellow of the Royal Geographical Society, a Fellow of the Zoological Society of London, and a member of the Explorers Club 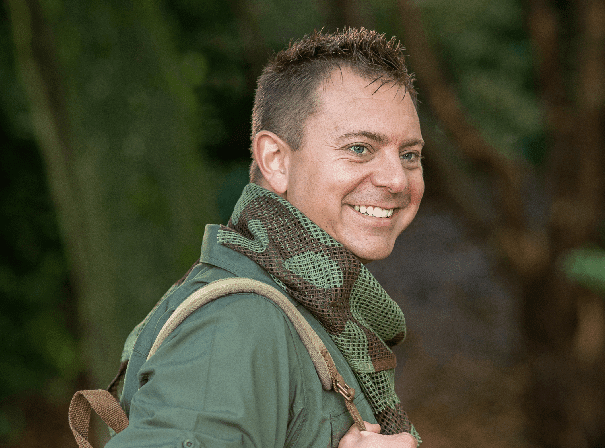