Brandon Smith is a New Zealand professional rugby league footballer who has played as a hooker, lock and prop for the Melbourne Storm in the NRL. Smith is of Cook Island and Māori descent, having been born in Waiheke Island he played junior rugby league for the Waiheke Rams and Bay Roskill Young Guns in New Zealand. Smith moved to Townsville as a teenager as his brother had an under 20’s contract with the North Queensland Cowboys, which encouraged him to explore his talent at sports as he played both school level football and junior league with the Centrals Tigers and Brothers in Townsville.

Smith has represented New Zealand and the New Zealand Māori at International Level, being part of the Melbourne Storm victorious 2018 World Club Challenge Team and the Māori All Stars winning team on the Gold Coast at the NRL All-Stars Match. Smith was awarded with the Preston Campbell Medal for his two tries man of the match performance. Recently, Smith has been seen enjoying the hotter weather catching crabs – a hobby of his – which he documents to over 118 thousand followers, as well as representing the Sheepsman Brand. Smith is also a big fan of exploring, especially on his home island of Waiheke, often going canoeing or surfing on various beaches around the world. Smith is known for his carefree and positive attitude, often raising money for charities by meeting and greeting fans. 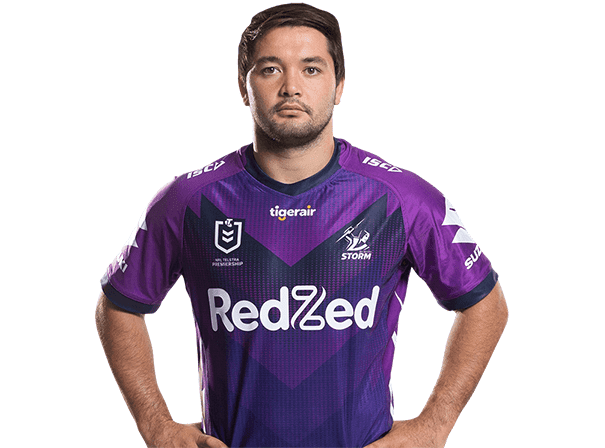