Knocking on the Olympic door, Canadian curling champion Brendan Bottcher is making noise. With four Brier appearances and a healthy supply of Grand Slam victories under his belt, Bottcher is a worthy champion. Heralding from Sherwood Park, Alberta, Bottcher nurtured his love of curling from an early age. Competing at the Junior World Championships, Bottcher found his home on the ice. Now helming Team Bottcher as skip, Bottcher has become a great contender for world stardom.

Breakthrough moments are rare to come by. Team Bottcher’s 2019-2020 season claimed many. The Meridian Canadian Open saw Bottcher win his first Grand Slam curling title, with a 6-3 victory over Team Epping. On a meteoric rise through the ranks, Bottcher captured The Players Championship, the Champions Cup and the Pinty’s All-Star Curling Skins Game. Getting to the runner-up position at the Brier for the third year in a row, Bottcher crushed the opposition in his wake. Building on a flourishing career, Bottcher has firm foundations. With the 2012 Canadian junior men’s title, quickly followed by the World Junior Championship set Bottcher on a course for life.

With an accolade of triumphs under his belt, Bottcher is passionate at pushing his team beyond its limits. Now with the Olympics within reach, Bottcher’s eyes are set on the sport’s biggest stage. Challenging some of curling’s giants, Bottcher journey has been a formidable one to behold. Soon to become a household name, Bottcher is a sure contender for bringing his team to the number one spot. 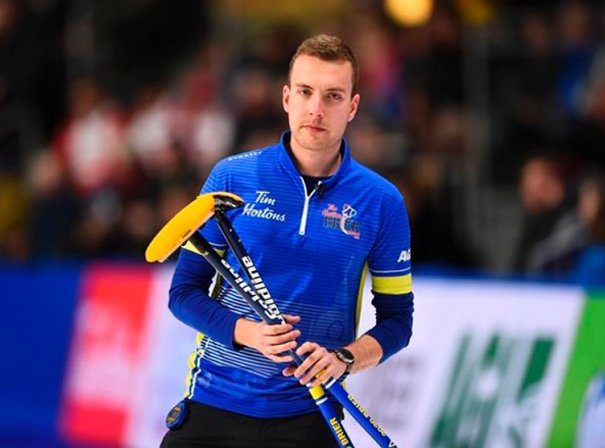