Brian King Joseph is an electric violinist who has been nicknamed The King of Violin. Self-taught and self-produced, the violin prodigy has gained over 15 million views worldwide within his first year of performing. Joseph has received recognition from Machine Gun Kelly, Mike Posney and Snoop Dogg, and is known for his modern twist on the traditional instrument.

Joseph has toured the country with acts such as George Clinton and P Funkadelics and Lucky Dub, as well as being personally requested to perform for the Mayor of DC and Super Court Justice Sotomayor. Joseph is known for not only finishing in 3rd place on prestigious America’s Got Talent, but also has made appearances on hit TV shows such as MTV Real World. The violinist is also the first winner of MTV’s latest Music Competition “Cover of The Month”, after receiving 26 million likes.

Joseph has been offered a full presidential scholarship at Berklee College of Music in Boston, and is constantly collaborating with lifestyle brands, event programmers, has performed at weddings, ribbon-cutting events, club openings and private parties. Joseph continues to perform online on his Youtube – which has over 170 thousand subscribers with recent videos such as a cover of Ariana Grande’s 7 Rings seeing over 1 million views – as well as on his Instagram, where he has over 129 thousand followers. 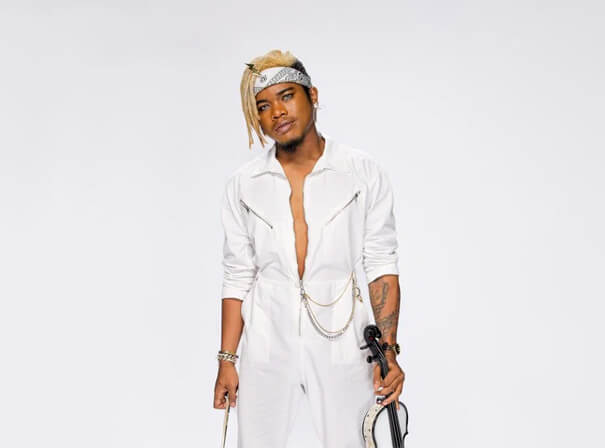