The Brit Crew were brought together after being hand-picked by RuPaul Charles himself to appear as the Brit Crew on RuPaul’s Drag Race UK. Being massive fans of the show, they instantly bonded on set and have quickly become sisters! However, these boys are so much more than just eye candy. They’ve all been through a variety of experiences that have brought them to this extraordinary opportunity to become the first ever Brit Crew in Drag Race history.  They hope to use this platform to promote positive LGBTQ friendships in a way that has never been explored with previous Drag Race Pit Crews. The Brit Crew are ready to be unleashed to the world as highly visible, positive role models for British queer men.

After a fiercely competitive career in professional sport, snatching medals and trophies internationally, Leeds boy Matt is here to rep for the hairy queens. When he’s not traveling to all four corners of the globe, experiencing everything the world has to offer, he throws himself into LGBTQ+ activism work, fighting for equality, lending his voice to those who may not otherwise have theirs heard.

AJ is more than just a snack, he’s a three-course meal! Currently studying to become a personal trainer, he has a background in performing arts. Three easy ways to keep him happy are anime, video games and pizza.

Ashraf is a proud born-and-raised Londoner of Moroccan descent. An actor by trade, he is known for his charming joie-de-vivre. But (and it’s a big butt!) he’s more readily recognised these days for relying on a cheeky smile and a skimpy costume as he takes to stages, podiums and bars across London and beyond.⁠

Mitch is the 6-foot 8-inch giant from Australia, who takes his career as an LGBTQ+ filmmaker very seriously. While his films are unafraid to tackle some of the most complex and controversial themes relating to the queer community, in the real world, he loves nothing more than letting his weave out and travelling the world in his underwear… or kaftan.⁠ 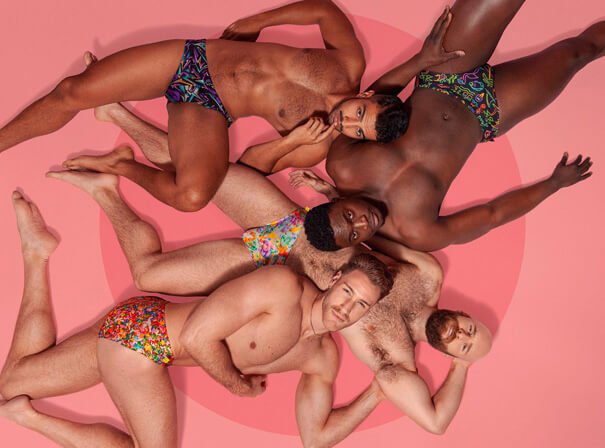