Former English striker Bruce Dyer made Soccer history in 1994 when he signed to Crystal Palace for £1.1 million, becoming the first teenager in Britain to sign to any club for a seven-figure sum. Originally from Ilford, London, Dyer learned his profession in Watford FC’s youth coaching scheme in 1990. After finishing his studies, Dyer signed a deal with Watford’s first division team.

Following six memorable goals in the 1993-94 season, Crystal Palace snapped him up and Dyer – still a teenager – found himself playing in the FA Premier League and rubbing elbows with Soccer’s greatest players.

At the same time, Dyer enjoyed a promising international career with the England Under-21 squad, where he earned 11 caps. Unphased by his meteoric rise, Dyer went on to score his first hattrick in Crystal Palace’s 1996 victory over Birmingham City, going on to score 13 goals throughout the 1996 season and 18 goals in the following season, eventually making him Crystal Palace’s top scorer.

He repeated this feat the following season, scoring another hattrick in Crystal Palace’s 3-0 win over Leicester City, to the delight of fans. Dyer subsequently played for Barnsley and Stoke City before signing with Sheffield United in 2005, then rounding off his career at York City before retiring from professional Soccer in 2008. Since departing from the sport, Dyer has immersed himself in charitable causes and philanthropic work, founding the non-profit organisation Love Life UK. 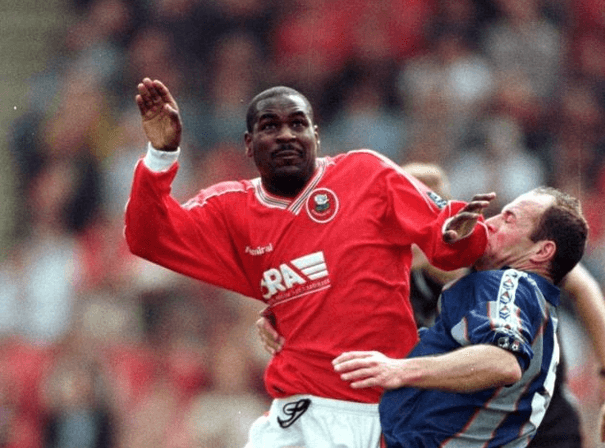