Cally Beaton is a popular British stand-up comedian, writer and former television executive. Beaton is widely recognised for both her career in television and as an acclaimed stand-up comedian. She has worked for several giants in the television industry; including ITV and Viacom. Beaton has a contagious energy, bringing humour to her insights into the world of business and television.

Early on in her career, Beaton lead a television company which was bought by ITV. Beaton’s ambition lead her to joining the ITV board as the sole female and youngest member. Beaton left ITV to establish her own creative consultancy and production company, it was then that she joined Viacom as Senior Vice President. During her time at Viacom, she oversaw a £500 million budget for world-wide popular channels including Nickelodeon, MTV and Comedy Central, responsible for hit shows such as South Park, Friends and Sponge Bob Square Pants.

It was while Beaton was working on Comedy Central that she realised her potential as a stand-up comedian and she began to build her profile within the comedy circuit. Her career shift has seen her perform at well-known venues across the country and have a successful show at the Edinburgh Fringe, gaining four-star reviews and winning Piccadilly Comedy Club New Comedian of the Year. Beaton’s 2019 Edinburgh Fringe show, Invisible, was named Unmissable by the Daily Express and received four-star glittering reviews from The Scotsman and Funny Women. 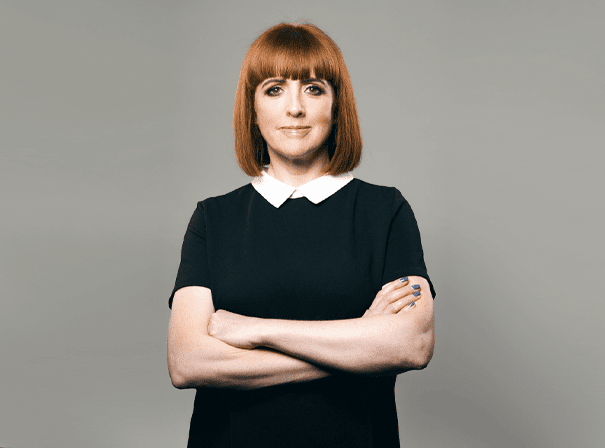