Carl Froch is a now retired super middleweight boxer who was a multiple world champion. The Nottingham born and raised fighter, nicknamed The Cobra, retired in summer 2015 after a glittering career that saw him fight the best of the best. One of the best pound for pound fighters the UK has ever produced, and the best super middleweight throughout his time in the ring, Froch has since become a high profile sporting celebrity after appearances on a number of TV shows such a Soccer AM, Tumble and as a pundit for Sky Sports’ boxing coverage. He held the IBF, WBA and WBC super middleweight titles and in all had 35 fights, won 33 and knocked out 24 of his opponents. As well as this, Carl was a fine amateur who won bronze in the world amateur championships.

Froch never shied away from fighting anyone, was renowned for his granite chin and mental and physical toughness and was only ever dropped to the canvas once. That was in the first of two fights against young challenger George Groves, both of which Froch won. The second fight was at O2 Arena in London in May 2014 in front of 80, 000 people and was one of the biggest ever boxing matches on UK shores. Froch won by stunning knockout and with that ended his career on a high. He also fought the likes of Mikkel Kessler, Arthur Abraham, Lucien Bute, Andre Ward, Andre Direll and many others. 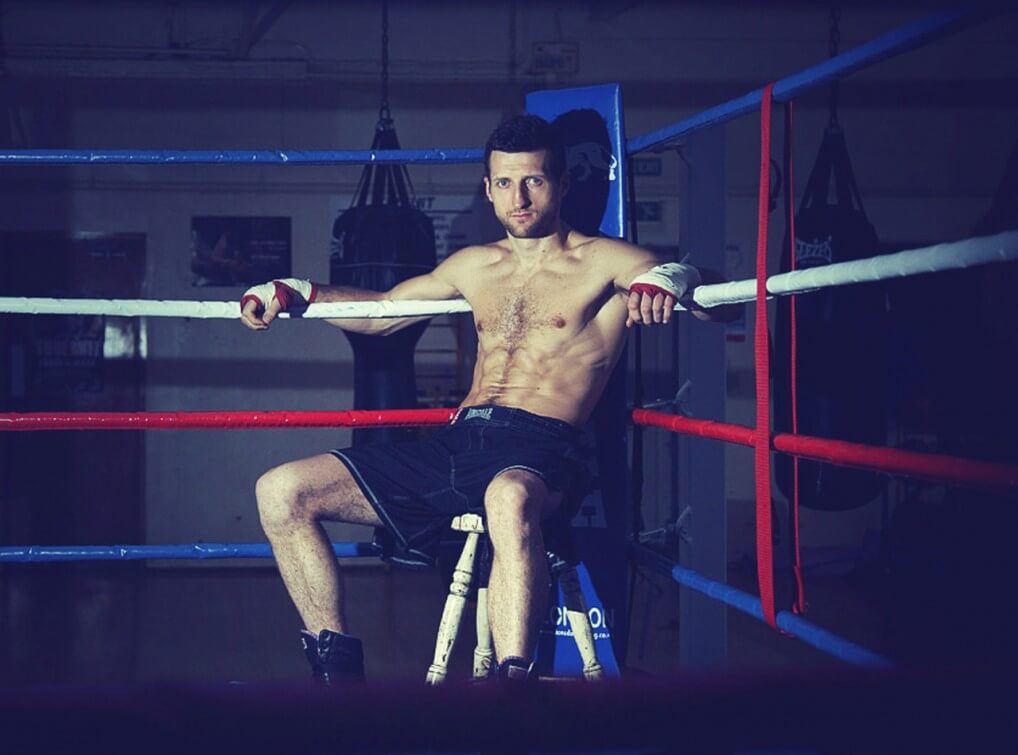