Former professional Soccerer Carlton Cole has made an incredible 289 appearances in the Premier League. In love with the sport from the age of 12, he joined the Chelsea Youth & Reserve Team as a teenager, scoring a record-breaking 37 goals in one season. Soon making it to the first team, he scored on his first senior start for the club against Middlesborough. After four years at Chelsea and several seasons at Wolverhampton Wanders, Charlton Athletic and Aston Villa, Cole joined West Ham in 2006, where he soon became a favourite with the fans after scoring a spectacular goal seconds into his debut for the club.

The striker’s Premier League career came to an end in 2015 after 52 goals and 23 assists in 14 years. He can also boast six goals for the England Youth teams and seven caps for the England National team. After brief spells at Celtic, Sacremento and Indonesian club Persib Bandung, Cole announced his retirement from professional Soccer. However, he happily returned to West Ham in 2018 as a coach where he continues to work with the academy, training the youth teams and gifting his talents to the next generation.

Cole devotes much of his time to working on charitable projects in Sierre Leone, the country where his mother was born. This includes raising awareness of the Ebola virus via the Soccer Fighting Ebola charity – which he co-founded – and acting as ambassador for the Carlakka Foundation, a non-profit organisation that works to provide education and stability for children in need. 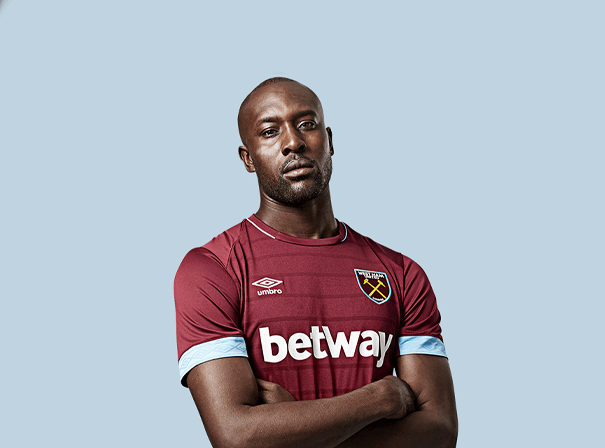