American actress Catherine Bell is best known for appearing in a range of roles across both television and cinema, notably portraying Major Sarah MacKenzie in JAG and Denise Sherwood in Army Wives.

Born in London, England, Bell moved to the US with her mother when she was young. While in college she moved to Japan with aspirations of becoming a model, only to move into the acting world upon returning to the states. Her first role came in 1990, in the short-lived sitcom Sugar and Spice. Throughout the 90’s Bell appeared in TV shows and films such as Mother of the Bride and Men of War, landing her first lead role in the latter picture opposite Dolph Lundgren. 1996 saw the actress secure a breakout performance as Sarah “Mac” MacKenzie in the military-themed legal drama JAG. A central cast member, she continued in this role for the series’ nine-season duration, ending in 2005.

During her tenure in JAG, Bell continued guest starring across notable television shows, giving a memorable performance 2003 Jim Carrey comedy Bruce Almighty. After the completion of JAG, Bell progressed into another long-term performance as Denise Sherwood in Army Wives. Around the same time, Bell was cast as Cassandra Nightingale in the Hallmark film The Good Witch. The picture prompted the production of several sequels and a hugely popular TV series, airing on the Hallmark channel. Bell has continued to delight fans with her portrayal of the series’ lead character and is currently engaged in filming for its fifth season. 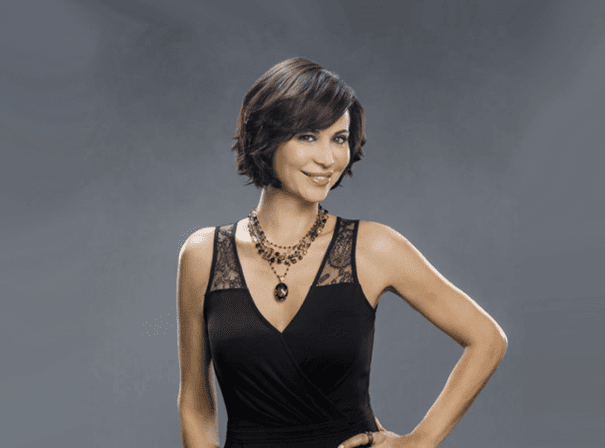