Chandler Kinney is a breakthrough actress, dancer and philanthropist who is best known recently for starring in the popular series ‘Lethal Weapon’. Kinney also plays the role of Willa in Z-O-M-B-I-E-S 2 and starred in the original Amazon series Gortimer Gibbon’s Life on the Street and Girl Meets World. Kinney’s profile first rose to prominence in 2014, when she starred in several episodes of Nickelodeon’s Haunted Hathaways.

Born in Sacramento, Kinney began dancing not long after she could walk, at the age of three. She started training in martial arts at the age of ten and became a black belt at thirteen.

Her first acting role came in 2012, when she secured a feature role in Battlefield America, having started acting at the age of nine. Kinney has featured in many commercials and has guest-starred on many television shows, namely ‘90210’ and ‘American Horror Story’. In 2014, she was chosen to perform a piece by Joss Whedon, titled ‘When I Speak’. Kinney has an impressive following on Instagram of 212k, where she promotes her acting endeavours and shares insights into her personal life with her fans. Most recently, Kinney starred in the Disney music video, ‘Halloween House Party’ ft Elie Samouhi.

Kinney has become a role model to young black girls everywhere and continues to use her platform of influence to contribute positively and give inspiration and perspective. She considers this to be a great responsibility but also a privilege to have a voice that can be heard. She was recently nominated for her first Teen Choice Award. Outside of her career, she is a member of Compassion International, an organisation that connects a sponsor with a child living in poverty. Kinney herself sponsors a young girl in Ethiopia and she is also an active supporter of ASPCA, which does work for the prevention of animal cruelty. 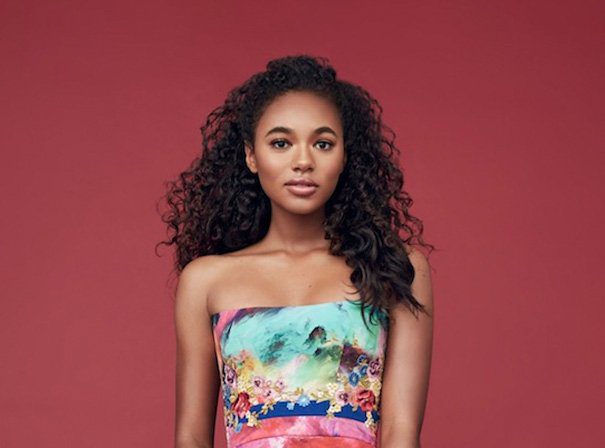