Charlotte Kalla is not only Sweden’s top cross-country skier of all time, but she’s also Sweden’s most successful female Olympian. She’s competed in the 2010, 2014, and 2018 winter games, taking home gold every time and additional silvers, making her tied for Sweden’s most decorated Winter Olympian ever.

Kalla started competing on the world stage as far back at the 2003/04 season. Sweden voted her “Favorite Athlete of the Year” back in 2008 after she won her debut Tour de Ski. Little did they know that in 2010, she’d take home gold for the ten kilometer freestyle event in the Vancouver Olympics, as well as silver in the team sprint: the first gold Sweden received in cross-country skiing since 1968. Around this time, she continued to receive recognition, like Sweden’s Female Athlete of the Year (2010), the Victoria Scholarship twice (2010, 2014) and more.

In 2014, she continued to wow audiences by taking home gold in the 4 x 5 km women’s relay race and two silvers (skiathlon and classical race) during the Winter Olympics in Sochi. Sweden was so ecstatic, their international airport was renamed after Kalla that same day. The following year, she won gold during the FIS Nordic World Ski Championships. Overall, she has three golds, six silvers, and four bronzes from the World Championships alone, and her placements are in all different disciplines, showing her versatility as a skier.

Most recently, she won gold during the skiathlon at the Pyeongchang Olympics, and silver in the 10 km freestyle individual starts, 4 x 5 km relay, and the team sprint, where she became the first skier to ever win three medals in a row.

Kalla has also achieved twelve World Cup wins and 59 podiums, as well as eight season standings stretching over a decade. 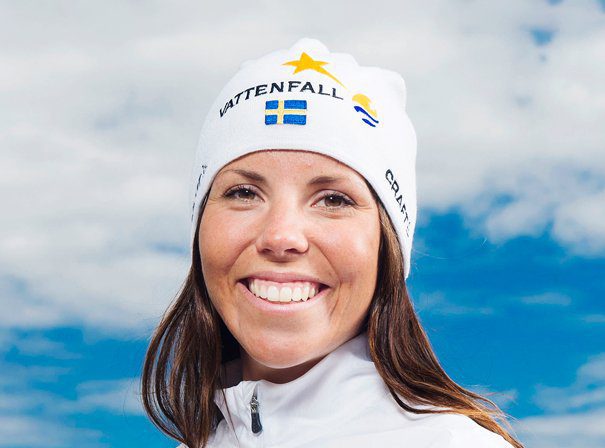