Cheyanne Nichole Kimball is a widely renowned American former singer-songwriter, guitarist and mandolist. Kimball’s debut album, The Day Has Come, was released to widespread acclaim in 2006 and spawned the Billboard Hot 100 chart single ‘Hanging On’. She is known as a member of the band Gloriana and starred in the MTV television show; self titled ‘Cheyanne’ (2006).

Kimball was signed to Epic Records and released her debut album with the record label, she toured across the country following the release.

As a child, she featured on and won the television show, ‘America’s Most Talented Kid’ at only twelve years old. She released the iTunes single ‘Drift Away’ in 2006 and released ‘Four Walls’ soon after. She performed at the 2006 Macy’s Thanksgiving Day Parade singing ‘Four Walls’ and also performed at the Pro Bowl in 2007.

Kimball put her solo career on hold to join Gloriana, a country band.

The group made their chart debut in 2009 with ‘Wild at Heart’ which reached top 20. Gloriana played as the opening act for Taylor Swift’s Fearless Tour in 2009 and went on to release two Top 40 country singles. Kimball sang and played mandolin with the band. 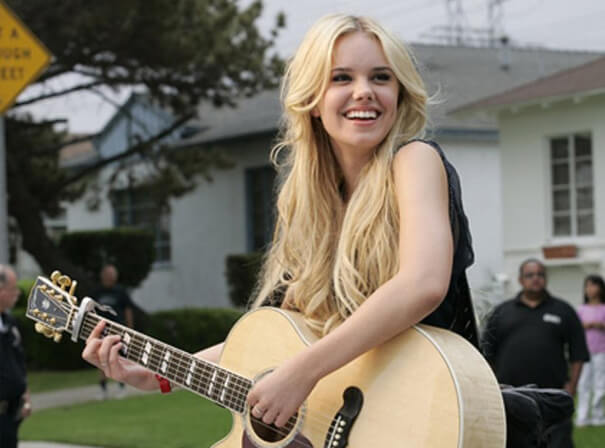