Chris Nilan, often known by his nickname Knuckles, is an American former professional ice hockey player, who has played 688 National Hockey League regular season games as a right-wing for the Montreal Canadiens, Boston Bruins and New York rangers between 1980 and 1992, winning the prestigious Stanley Cup in Montreal. Nilan was known as Knuckles due to his propensity to be on the offensive, holding the record for the most penalty minutes by an American-born player. Nilan currently often speaks to local students in Montreal about learning from past mistakes and experiences.

Nilan began his career growing up in Massachusetts where he idolised Bobby Orr and dreamed of playing for the Boston Bruins, as he played youth hockey with the Parkway team of Great Boston Youth Hockey League. Nilan’s life and career are prominently featured in Alex Gibney’s documentary film The Last Gladiators. After he left ice hockey, Nilan went into the insurance business, however missed his sport and consequently returned to hockey as a coach, being an assistant coach on the New Jersey Devils before becoming head coach for the Chesapeake Icebreakers of the ECHL. Nilan loves to spend time outdoors with his dogs and wife, as well as go fishing, and he especially loves the snowy season, and also hosts a radio show Off The Cuff and connecting with numerous social and charitable causes. 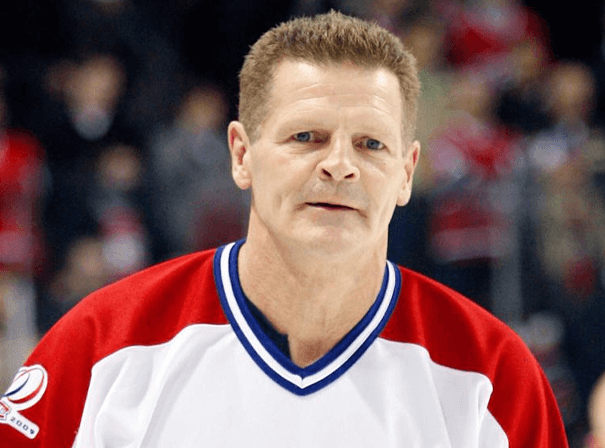