Named World Sailor of the Year for 2007 by the International Sailing Federation, Claire Leroy is a competitive sailor from France. She won the world championships in female match racing in both 2007 and 2008 and was ranked first in the women’s match racing category between May 4th 2005 and March 20th, 2010. Leroy and her crew finished in 6th place in at London 2012 Olympic Games in Elliot 6m.

Born on the Côtes-d’Armor, France, Leroy is from a family of sailing enthusiasts and began competitive sailing in 1990 on a L’Equipe type one-design light dinghy, moving on to the 420 and 470 double-handed dinghy types. Leroy won her first regatta on L’Équipe – a lightweight two-team dinghy intended for young crews – at the Grand Prix de l’Armistice in Maubuisson in 1990. She sailed for several clubs including AN Port-Blanc, SNO Nantes, ASN Quiberon and ASPTT Nantes before becoming a member of the Nautical Sport of Saint-Quay-Portrieux in 2000.

Leroy skippered match racing teams to win the gold medal at both the Saint-Quay-Portrieux 2007 and Auckland 2008 Women’s World Match Racing Championships. In 2009 she was elected a member of the ISAF sports commission representing women’s match racing (one of the 10 sailing events at the 2012 Summer Olympics). She then went on to lead the French crew in the Elliot 6m at the London Games, finishing in sixth place. 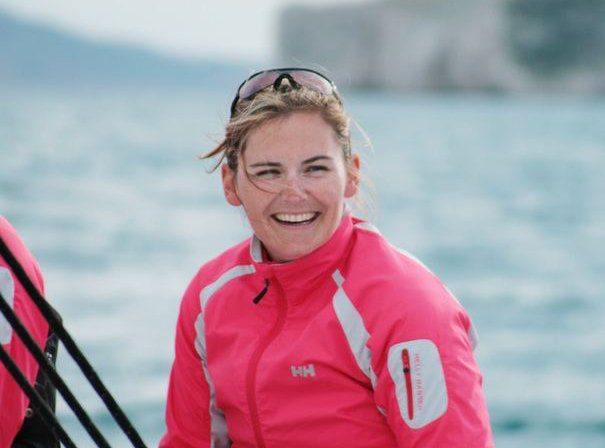