At 6’3”, weighing 36 stone, and never appearing without his signature green and black mask, Crater has become an enigma of truly gargantuan proportions within the British and European professional wrestling circuit. Aptly nicknamed ‘The Monster’, Crater’s hulking figure has become an unforgettable staple on ITV’s hugely successful World Of Sport Wrestling show.

With a consistent string of performances since the age of 17, Alex Walmsley began his path to wrestling stardom playing rugby in high school, later repurposing his towering frame and surprising agility, to the sport of wrestling, first working with Manchester’s Futureshock Wrestling. With his unique skill-set and aesthetic taking him across Europe to secure titles in more or less every top-tier wrestling organisation, Crater was a natural fit for the newly revamped ITV show, which has shown his sheer physical domination of countless opponents to millions of TV viewers and thousands of live audience members across the UK. Still having never shown his face or spoken a single word throughout his career, Crater is helping restore some of the timeless drama and mystique of vintage wrestling to the UK circuit.

With his relative lack of backstory pairing perfectly with his thunderous physique and visual presence, Crater is battling the recent trend of hairless, shredded physiques, proving that prime-time wrestling fans still hold a space in their hearts for a true monster. 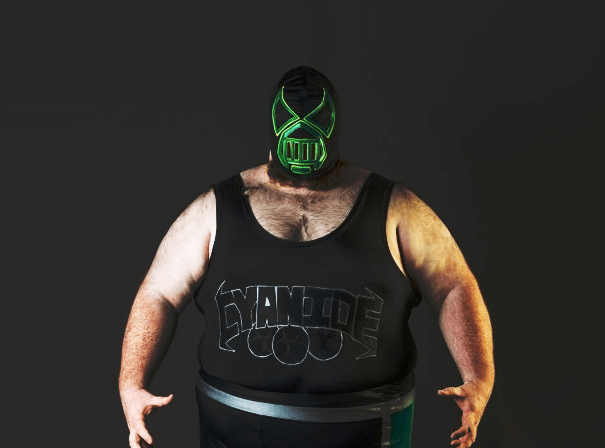