Daniel Franzese became a queer icon when he played Damian in the hit movie, Mean Girls. After coming out in 2014, he became an ambassador for the Elizabeth Taylor AIDS Foundation.

Besides Mean Girls, Franzese has been in films such as Party Monster, War of the Worlds, Bristol Boys, and Bully. But Mean Girls opened the door for him to embrace his queer identity, appearing in Gay For Play Starring RuPaul, and even hosting the sketch show, Gay Skit Happens. Along with that, he performed at The Ruby LA Queer Comedy Festival with his standup routine, which he performs nationwide. And in the HBO dramedy, Looking, he played Eddie, an HIV-positive character, inspiring an activism in Franzese. Now, since he serves on the Elizabeth Taylor AIDS Foundation, he’s presented and hosted many events for the cause, including the AIDS Walk Atlanta & 5K run.

As for other TV shows, Franzese played prominent roles such as Jackson on ABC’s Conviction, and Vern on ABC’s sister network, ABC Family, on the drama, Recovery Road. Other on-screen appearances include popular series like The Comeback, Burn Notice, CSI: Crime Scene and more. He even starred in the movie, I Spit on Your Grave.

And Franzese can be seen as a triple threat on stage: writing, directing, and starring in his rock opera, JERSEY SHORESICAL: A FRICKEN ROCK OPERA! and his one-man show, I’ve Never Really Made the Kind of Money to Become a Mess, off-Broadway. Some other creative roles of his include being an art curator, as well as making videos on Cameo, TikTok, and YouTube, amassing millions of views.

Lastly, he is one of the few plus-sized male models in the world, signed to Bridge Models UK, becoming a body-positivity advocate for men everywhere. 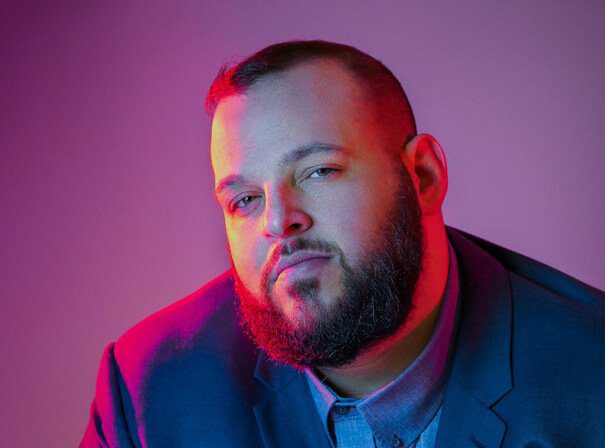