Darren Moore is constantly referred to as one of the game’s true gentlemen, but on the pitch he was a warrior, and that’s what ensured his place in the heart of every fan. He played in nearly 600 professional games throughout his career and scored 32 goals. Throughout his career, Moore spent time at Torquay United, Doncaster Rovers and Portsmouth, but he is most fond of his time spent at his boyhood club: West Bromwich Albion.

Moore spent five years at the Baggies and made 104 appearances for the club. He was the leader in the defence and was an integral part of the team that cemented two promotions to the Premier League in three seasons. During the first promotion campaign, he was also named in the PFA Division One Team of the Year.

However, following the club’s second relegation in 2005-06, Moore couldn’t hold down a place in the team and was forced to move on. He soon signed for Derby County, playing a crucial role in their playoff final success against West Brom. This was Moore’s fourth promotion on his career. Big Dave moved onto Barnsley in 2008, before joining Burton Albion in 2010. After two seasons with the club, he revealed that he was to retire at the end of the 2011-12 season and focus on his coaching career.

Moore moved immediately into the coaching set-up at the Baggies and took up a role as the youth coach. However, a disastrous season for the team saw Moore called upon to lead the first team as they sat at the bottom of the Premier League. He was unable to save the club but did guide them through an unbeaten month in the top-flight that also included a famous 1-0 win at Old Trafford. Moore was named the Premier League Manager of the Month, and it was revealed that Moore would lead the club in the Championship. Ultimately it didn’t work out for Moore, and he was fired despite the club sitting comfortably in third place. It was announced in July 2019 that he would be the new manager of Doncaster Rovers. 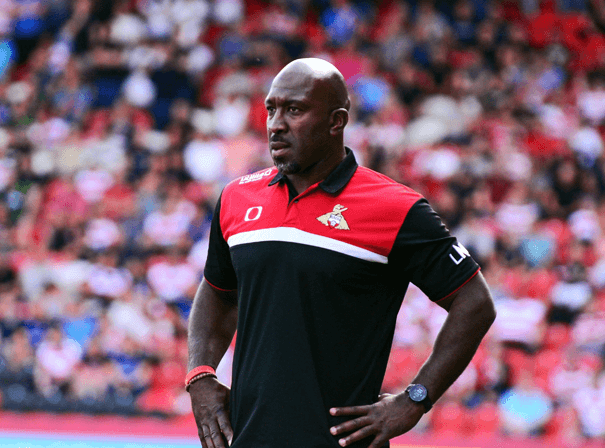