Olympic champion David Taylor is a freestyle and folkstyle wrestler from the United States. Taylor replicated his victory over reigning Olympic and World Champion Hassan Yazdani from the 2018 World Championship to win the 2020 Olympic gold medal. He later finished second in the 2021 World Championship after losing to Yazdani. He then exacted revenge for that defeat by defeating Yazdani once more at the 2022 World Championships to win back his crown.

Taylor was one of the most successful Nittany Lions in the history of the Pennsylvania State programme. During his collegiate career, he won the Dan Hodge Trophy twice, was a two-time NCAA Division I National Champion (four times he was a finalist), and was a four-time Big Ten Conference champion. After taking a break from competition, the defending World Champion returned in April 2019 to win his second consecutive Pan American title. In that competition, he outscored his four opponents 34 to 0 while Team USA won all ten freestyle gold.

In the 2020 Olympic final, Taylor scored the first takedown to tie it up after Yazdani scored a step-out and a passivity point to go down 0-2 in the second period. However, Yazdani later scored another step-out to make it 2-3 in his favour before being taken by Taylor for two points late in the match, leading to the stunning upset comeback win, shocking the world as the underdog going into the match. With this outcome, Taylor was awarded the gold medal at the 2020 Summer Olympics, extending his winning streak to 54 games. 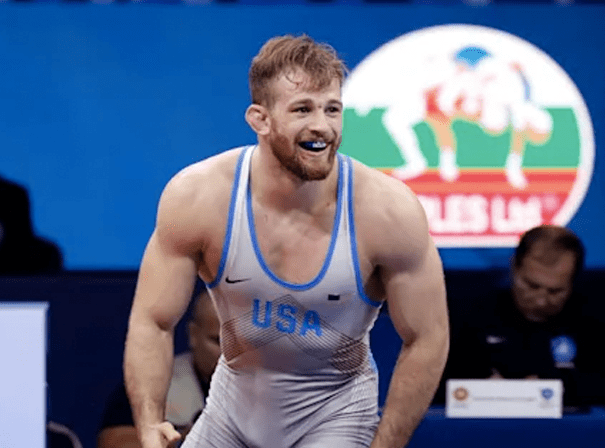