Businessman, author and television personality Daymond John us the founder, president and CEO of FUBU and an investor on ABC’s Shark Tank. Known for turning his humble beginnings into a multi-billion dollar success, John has inspired thousands with his story of perseverance, hard work and pursuit of the American dream.

Growing up in the New York City borough of Queens, John began working at a young age and held a variety of jobs, before having an idea for a clothing company for young men. He learned to sew from his mother, and was soon designing and making items from their home. Today, FUBU has made over $6 billion in global sales, and is one of the world’s leading hip-hop apparel brands.

In 2009, John was asked to appear as a ‘shark’ in ABC’s new business reality show Shark Tank. In the show, John is one of a panel of investors who assess the business prospects of different entrepreneurs, and must decide whether or not to invest. He has been a cast member on every season since its debut, investing millions of dollars to date, and helping the show scoop multiple Emmy Awards. Besides this, John is the author of the New York Times bestselling motivational business book, The Power of Broke, as well as Rise and Grind, and The Brand Within. He is CEO and founder of brand management and consulting firm The Shark Group, is the co-founder of business training programme Next Level Success, and undertakes high profile speaking and media engagements across the world. He has been recognised many times for his business talents, including being named Brandweek Marketer of the Year, twice winning the NAACP Entrepreneurs of the Year Award, and twice earning the Congressional Achievement Award for Entrepreneurship. 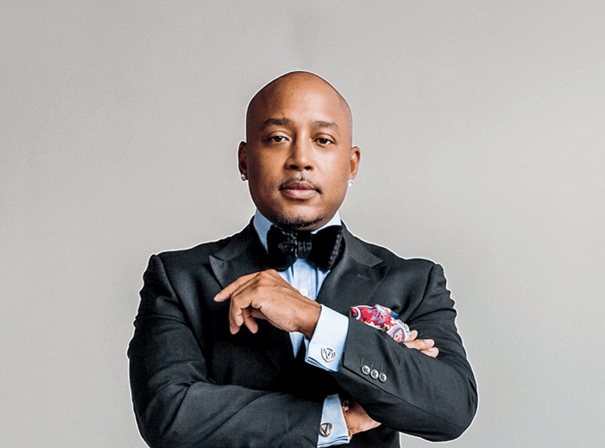