Dean Windass became a hometown hero for football club Hull City as he propelled his side to the Premier League in 2008. In a wonderful professional football career that spanned over twenty years, Windass featured for some of the most prominent football clubs in the UK, establishing himself as a versatile player with tenacious ability. After retirement Windass transferred his leadership qualities from the pitch to the dressing room as he completed his UEFA A and B Coaching licenses, Windass also took up a managerial role for Bradford City. His wealth of experience distinguished him as a leader and role model even after he hung up his boots.

Dean Windass became a prominent spokesperson after coming out and talking about issues that affected him and indeed affect other professional footballers post-retirement. His frankness and openness in his own experiences endeared him to readers and viewers alike. Overcoming hardship and reaching success has been prominent feature of Windass’ lengthy career, his infectious charisma makes him stand out and he remains a cult figure among many sports fans. The future is bright for Windass, who recently got engage and is enjoying his days as an ambassador for Children’s Air Ambulance and columnist for the Daily Mail and the Daily Star. 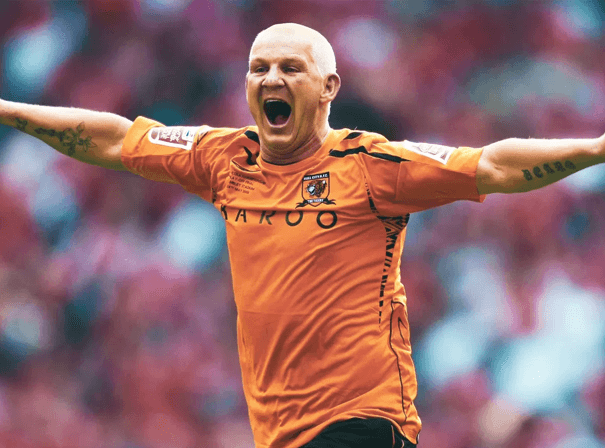