Former professional darts player Dennis Priestley is one of the biggest names associated with the sport in recent years and as such is a fine ambassador for the game, a popular guest and a real darts icon. Dennis has battled back from illness so is a great motivational figure and after being ill he fought back to be at the top of his game. Dennis holds the prestigious records of being the first man to hold the BDO and WDC (now known as the PDC) world championships and he did so in 1991 and 1994 respectively. The fans call Dennis ‘The Menace’ and he plays on this with his red and black tipped darts as well as by wearing a red and black stripped top, and he enjoyed a fierce rivalry with Phil Taylor throughout his career.

During his playing games he was the first player to average more than 100 in a world championship final and held the number-one spot in the PDC world rankings between November 1994 and April 1995 and was seeded number-one for the WDC World Championships of 1995 and 1997. He has won many player championships and has always been high up the world rankings. Dennis also enjoys football, horse racing and golf and plays exhibition matches on a regular basis after retiring in 2015. Dennis Priestley is a popular after dinner speaker at a range of sorting events and charity functions and is still very closely associated with the sport after a fine career. 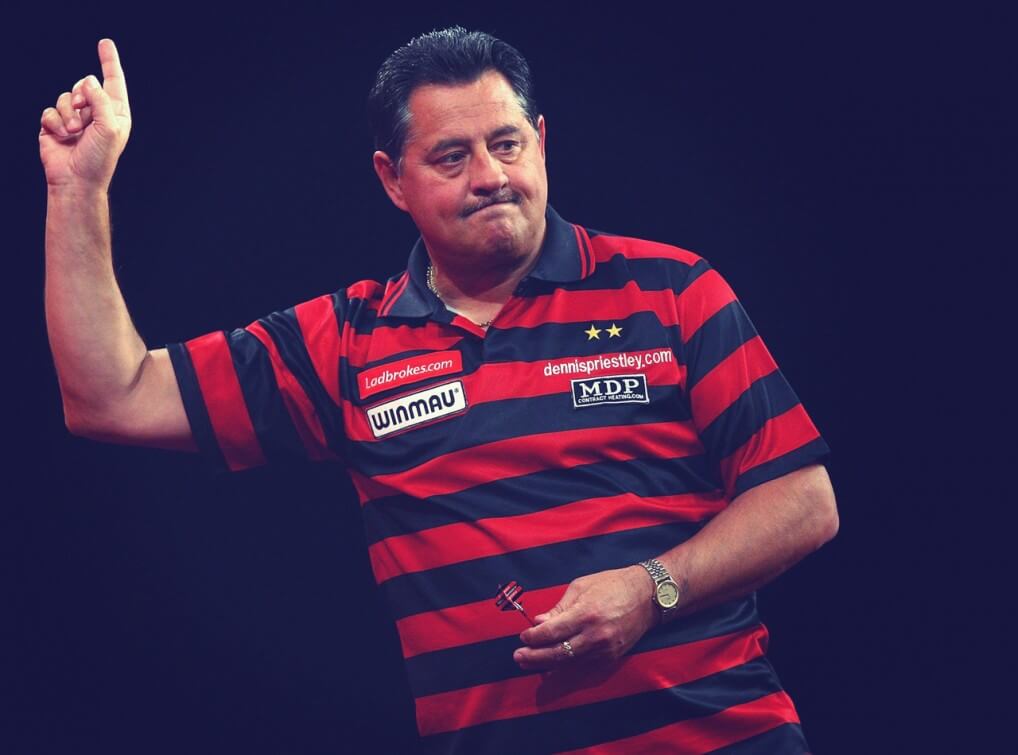