Doug Aldrich is an American guitarist best known for founding the band Burning Rain and for playing as part of The Dead Daisies.

Ever since he was a boy Aldrich has had a love for the guitar, and started playing when he was just 11 years old. He auditioned for the rock band Kiss in 1982, before joining glam rock outfit Lion the following year. He recorded two albums with the group, before they parted ways in the late 80’s and he joined Bad Moon Rising with whom he released several albums. In 1999 Aldrich teamed up with Keith St John to found Burning Rain, going on to release numerous successful records with the band and tour extensively. The band have continued to put out music ever since, with their latest record, Face the Music, coming out in 2019. Over the years this prolific guitarist has also released music with Dio, Whitesnake, Revolution Saints and, most recently, The Dead Daisies. Aldrich has also worked on numerous solo projects, and has been releasing his own music since the 1980’s.

As well as studio albums, Aldrich is known for his relentless touring schedule and in 2014 was part of the Raiding the Rock Vault at the Tropicana Las Vegas. The critically acclaimed show was a sell out and was performed six times a week by Aldrich and other rock ‘n’ roll legends. This iconic figure has had a long and successful career, and shows no signs of slowing down anytime soon. 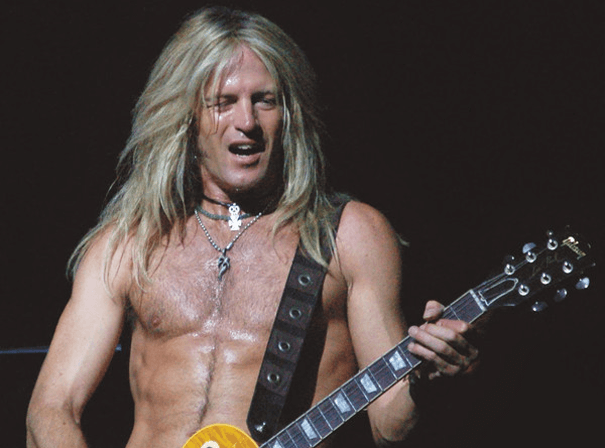