Eamonn Holmes, OBE, is a widely renowned Northern Irish journalist and broadcaster. Holmes is a regular face on television, most noted for presenting popular shows Sky News Sunrise, ITV’s This Morning and hosts his own show on Talkradio. Holmes also co-presented GMTV for twelve years (1993-2005) before presenting Sky News Sunrise. Holmes has appeared on many television shows, namely presenting How the Other Half Lives and It’s Not Me, It’s You for Channel 5.

Prior to embarking on a career in media, Homes had a promising football career and continues to be a passionate football fan. Holmes’ broadcasting career initiated through sports events coverage in Northern Ireland, before making the progression into current affairs and news. In 1986, Holmes moved to Manchester and began working with the BBC, presenting the daytime Open Air programme on BBC 1. Since then, his television career has flourished and Holmes has covered a great deal from horse racing and darts to the National Lottery.

Holmes has presented and co-presented several notable shows, including US game show The Rich List, The Feelgood Factor with Myleene Klass, Songs of Praise, Have I Got News for You and Gift Wrapped, amongst other popular productions. Holmes has also appeared on Who Wants to be a Millionaire?, The Chase, Catchphrase, Lily Savage’s Blankety Blank and was a judge on Blue Peter – You Decide, as well as providing voiceover for CBeebies. In 2018, Holmes was publically recognised for his services to broadcasting and was appointed OBE. 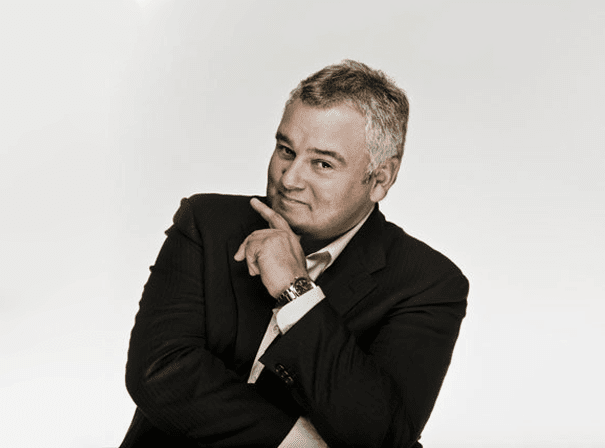