Hanson first got inspired to sail on a family holiday to Wales when he was just eight years old. With a large family, his competitive spirit came out, and he decided to continue sailing back in his home town of Macclesfield. His career got off to a great start, with wins from a young age at national and international youth competitions such as the 2008 World Championship. After a few years sailing the Topper, he moved on to sail in the Laser category, with podium finishes at high profile events such as the Delta Lloyd Regatta and the Princess Sofia Trophy. He quickly established himself as one to watch on the scene, and was chosen to represent Great Britain at the Youth America’s Cup in 2017. The British team brought home the gold, but soon after Hanson suffered injuries which set him back in his training and competitions. However, he bounced back and won first place at his first international competition on his return, taking gold at the Medemblik Regatta in 2018.

After a fiercely competitive selection process, Hanson secured a place on the Great British Olympic team for the 2020 Olympics in Tokyo. He continues to be a shining light for Britain in the sport, and one of the most well loved members of the Laser sailor fleet. 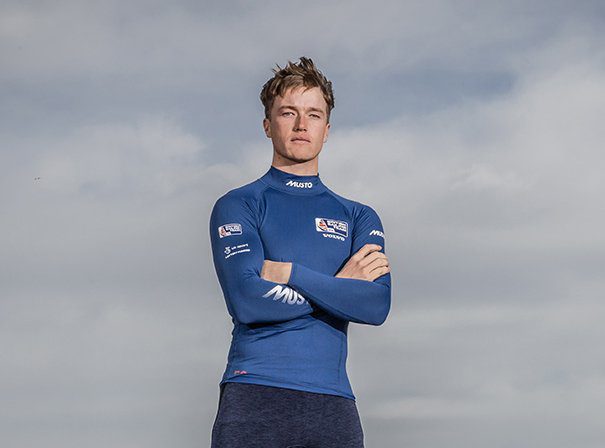