Football star and wide receiver for the Denver Broncos, Emmanuel Sanders wows sports fans with consistent pass receptions and touchdown passes. Although a few ankle injuries put him back the past two years, his five seasons with the Broncos sets him up as a valuable member of the team. Before that, he played with the Pittsburgh Steelers for four years after they snapped him up in the third round of the 2010 draft.

His early days with the Steelers gave him the nickname “Easy Money” as part of the hip-hop-inspired “Young Money Crew.” His popularity with the fans grew despite a few setbacks and injuries in 2012 and 2013. After becoming a free agent that year, he received several offers to move to Oakland, Jacksonville, New England, and other popular teams.

Despite injuries and a bit of trash talk while changing teams, Emmanuel “Manny” Sanders showed he can work hard to get where he wanted to go. He continued his record of receptions, over 1000 receiving yards, and several touchdowns to his name in 2015 through 2017. From his early days impressing in football, basketball, baseball, and track and field in his Texas high school, and then three years as a starter at Southern Methodist University where he received All-Conference honours twice, Emmanuel Sanders has come a long way to find success in professional football. 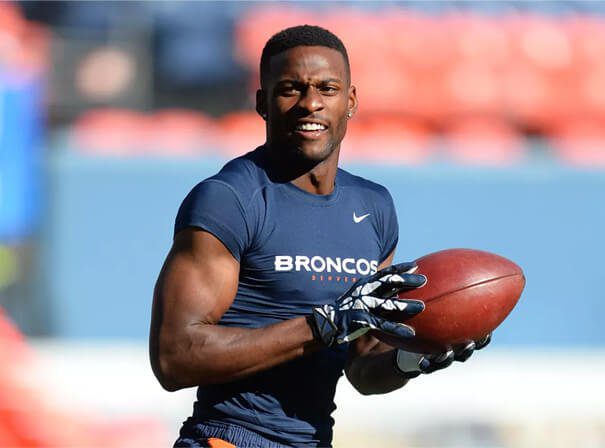