World-class football manager Erik ten Hag is widely regarded as the world’s most sought-after coach right now. Ten Hag was appointed as manager of Dutch giants Ajax in 2017, and has since guided the club through one of the most illustrious periods in its great history, reaching a level not seen since they were crowned European Champions in 1995. The skilled manager first garnered the attention of the football world during a glittering 2018/2019 season that saw Ajax reach the semi-finals of the UEFA Champions League for the first time in 22 years as well as winning the Eredivisie and KNVB Cup. Ten Hag’s tactics and influence have brought the most out of Ajax, his group of young talented stars playing some of the most exciting football in Europe over the last couple of seasons.

Hailing from Haaksbergen, Netherlands, Ten Hag began his career in football as a centre-back for teams including FC Utrecht, De Graafschap and RKC Waalwijk, and he first tasted success with FC Twente when the team won the KNVB Cup in 2001. After hanging up his playing boots at the age of 32 he took on his first coaching role with Go Head Eagles of the Eerste Divisie and immediately made an impact, leading the team to its first promotion in 17 years. After a two year spell at Bayern Munich he then helped FC Utrecht book their place in the Europa League qualifiers.

In December 2017 Ten Hag was appointed manager of AFC Ajax. The incredible 2018/19 season officially put the talented manager on the radar of many major European clubs, including English Premiership side Manchester United. 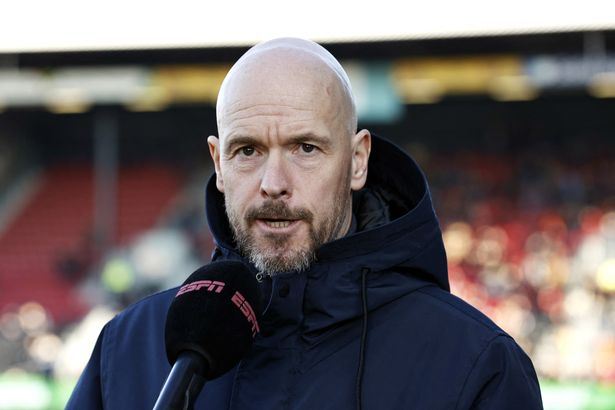