With an incredible 86 goals in 89 games for Borussia Dortmund and an even more incredible 29 goals in just 27 games for Red Bull Salzburg, it’s no surprise that record-breaking Norwegian striker Erling Haaland is currently considered one of the best goalscorers in the world. He was named Norwegian Sportsperson of the Year in 2020 and Bundesliga Player of the Season for the 2020-21 season (in which he scored 41 goals in 41 games). He also won back-to-back Austrian Bundesliga titles with Red Bull Salzburg. In summer 2022, he will join English Premier League giants Manchester City.

Haaland is the son of former Premier League footballer Alfie Haaland and was born in Leeds in 2000 whilst his father was playing for Leeds United. The family returned to Bryne in Norway in 2004, and the younger Haaland joined the local football club. He ended up making his professional debut for the club when he was just 15 years old and subsequently showed enough promise to be signed by Molde in 2017. The following year, he finished as the top scorer in Eliteserien and won the Breakthrough of the Year Award.

Haaland joined Austrian side Red Bull Salzburg on New Year’s Day 2019. He made a massive impression during his second season, scoring a mind-blowing 28 goals in just 22 games. Unsurprisingly he was named Austrian Footballer of the Year and Player of the Season. Borussia Dortmund swooped in with a €20 million bid and Haaland went on to reach new heights. As well as joining Manchester City (a club his father also played for), he will be a crucial part of Norway’s World Cup campaign. 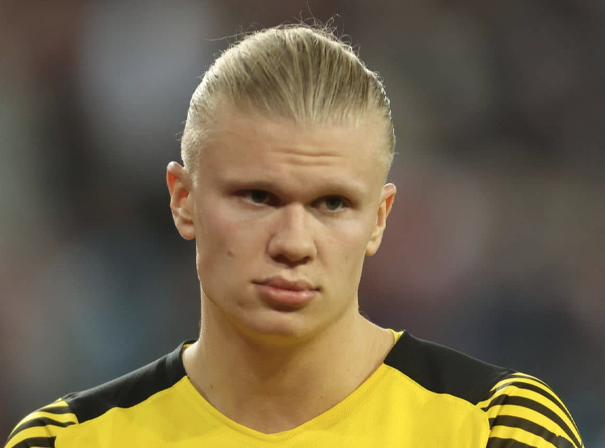