Up and coming speedskating sensation Eunice Lee is a powerhouse of an athlete. Balancing a blossoming sporting career while being at high school is no mean feat. Born in South Korea, Lee developed her love for the ice early on. Inspired by Shim Sik Hee, Lee has already set her eyes on becoming the world’s best skaters. Challenging her ability to strategise and develop technique, Lee is set for a promising career on the ice with Team USA.

US Speedskating soon recognised Lee’s potential on the track. Naming Lee as one of 2020s Short Track Development Skaters of the Year, she now dreams of the Olympic stage. Aspiring to make the Junior World Team, Lee is proving herself unstoppable. Having won the silver medal at the 2015-2016 US National Long Track Speed Skating Championship at just ten years old, Lee showed promise early on. Rarely finishing out of the top ten on the track, Lee is quickly climbing the leaderboard to great success.

Racing in the Utah Olympic Oval has seen Lee set all of her personal bests on its ice. Passionate about pushing her body to its limits, Lee is showing skills way beyond her years. Having trained in gymnastics, Lee has a flexibility that makes her incredibly versatile on the track. Mixing this with her speed and unwavering precision, Lee makes for a formidable opponent. With a wealth of experience and victories already under her belt, Lee has an exciting career ahead of her. 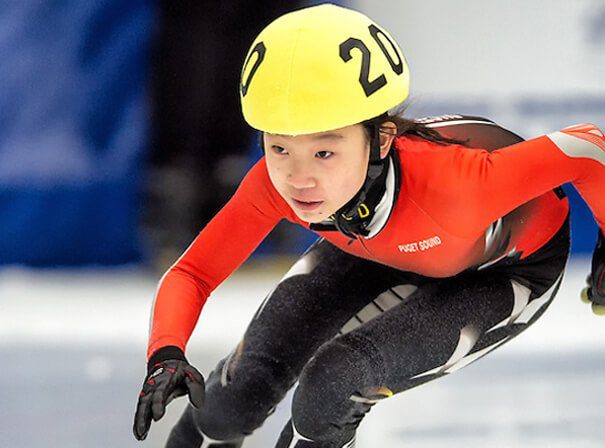