Formidable curling champion Eve Muirhead is at the forefront of national and international curling. For over a decade Muirhead has skipped for Scotland and the UK respectively to great success. Within nine years, Muirhead captured at least one significant medal for each season. Muirhead doesn’t just win competitions, she does it with style. Having participated at three Winter Olympic Games, Muirhead has achieved more than most of her peers will do in a lifetime. Now with the 2021 Winter Games waiting in the wings, Muirhead is set to elevate the sport to the world’s attention once more.

Representing Team GB at the Vancouver, Sochi and Pyeongchang Games, Muirhead has faced down some of the world’s toughest competition. At 24 years old as Muirhead skipped her team to the podium, and brought home the coveted bronze title. At that moment, Muirhead became the youngest skip in the history of the Games, to win the medal. From Team GB to representing Scotland, Muirhead has proved herself a formidable opponent on the ice. Currently, Muirhead holds three World Championship titles, nine European Championship titles and nine Scottish Women’s Curling Championships titles to name a few. Of all her victories, Muirhead has sixteen gold medals to her name. We still haven’t seen everything Muirhead has to offer yet.

From extensive weights training to high-intensity workouts, Muirhead fuels her competitive success by getting herself in the right frame of mind. Never faltering in the game, Muirhead has created a powerhouse of a team. Adapting with the times, Muirhead strategises beyond the competition. Shaping and becoming master of her discipline, Muirhead has her eyes set on becoming world champion again. Muirhead’s legacy of sportsmanship will lend a hand to the future of the curling sport as we know it. 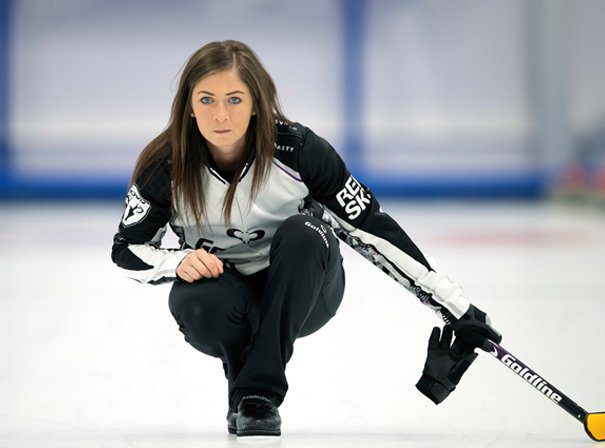