Olympian, World and European Champion, Fatima Galvez is shaking up the trap shooting sport. Fighting to break down gender inequality barriers, and climb the podium, Galvez is an inspiring athlete. Determined to hit all the targets the Tokyo Games has to offer, Galvez is hungry for Olympic victory. With an impressive champion record under her belt already, Galvez is sure to make her appearance one to remember.

Known as the Spanish shooting queen, Galvez holds one gold, two silver, and two bronze medals from her 2015 World Cup appearances. From her European championship matches, Galvez holds two golds (one from 2011, the other 2019), two silver and three bronze titles. With all her impressive titles, Galvez’s most proud accomplishment is championing gender equality in the sport. Identifying the differences in the prizes men competitors win, compared to women has become an issue worth fighting for. Especially when the competing conditions are identical for both sexes. Galvez is flying the banner high, and the sporting world is beginning to notice.

Galvez knows how to prepare. Scouting out the range before shooting and bringing her own shells, Galvez brings her A-Game. As the shooting sport is low on Spain’s radar, Galvez hopes to raise awareness of her beloved game to the masses. Galvez won’t just be representing her country at the Tokyo Games, she will be representing women in the sport too. With the Games in reach, Galvez may have a shot at her first Olympic medal. 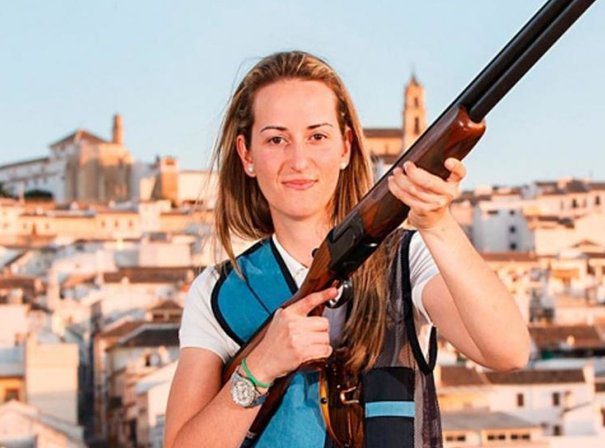