The most capped player in AS Roma history and the club’s greatest player ever, Francesco Totti is a retired Italian footballer. He spent his entire career with Roma and won a World Cup with the Italian national team.

Born in Rome, Totti made his debut for the AS Roma senior side at age 16 in 1992. He was quickly given the number 10 jersey and soon became the club’s most legendary player. Primarily playing as an attacking midfielder and striker, Totti stayed with Roma until his retirement in 2017. His accolades include five Serie A Italian Footballer of the Year awards and two Serie A Goal of The Year awards. Totti won two Coppa Italia titles, two Supercoppa Italiana titles, and the 2001 Serie A title with Roma. Following a total of 619 appearances for the club, Totti retired with 250 goals, second-most in Italian league history and sixth most ever for any Italian in all competitions.

Totti’s career saw levels of success that only a select number of footballers have achieved. He was a runner-up at UEFA Euro 2000 and winner at the 2006 World Cup before ending his international career due to injury in 2007. Additional accomplishments include the Golden Foot award, multiple selections to the European Sports Media team of the season, and a spot in Pelé’s FIFA 100 in 2004. Undoubtedly one of the all-time best players in Serie A and one of the greatest footballers of his generation, Francesco Totti is an Italian football legend. 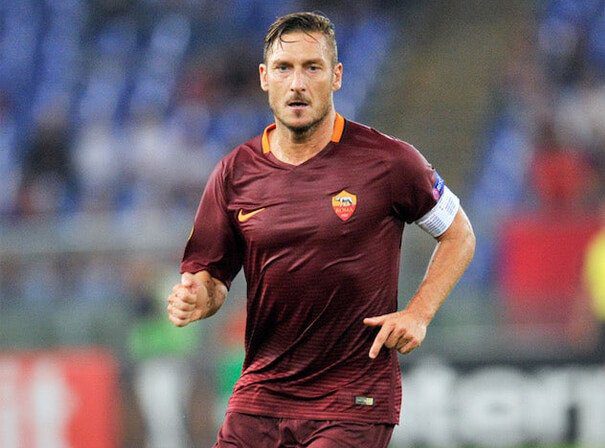