Sheffield ice-skater Frankie Seaman (previously known as Frankie Poultney) began competing in regional ice-dance competitions before turning professional at 18. For over 20 years she competed and performed all over the world, including time spent as the principal adagio skater on the Royal Caribbean cruise liners. She joined ITV’s flagship show Dancing on Ice in 2007 as a resident professional skater and was partnered with footballer Lee Sharpe.

In her second year Seaman made it to the finals, finishing as runner-up dancing alongside the EastEnders actor Chris Fountain. Seaman became a favourite of the show thanks to her abundant artistry and charisma. She possessed a rare ability to push her celebrity partners with technical challenges, remaining with the show until it finished in 2014. Seaman also danced in the Olympic spin-off, Dancing On Ice Goes Gold, with athlete and silver medal-winner Colin Jackson.

In 2014, Seaman was partnered with former England goalkeeper David Seaman MBE and the pair were married in 2015. Seaman and her husband still find time to skate for pleasure but also work for various charitable causes, promoting welfare for rescue and foster cats as ambassadors for the Cats Protection League and supporting the Jeans for Genes campaign, which works to raise awareness for children with life-changing genetic disorders. 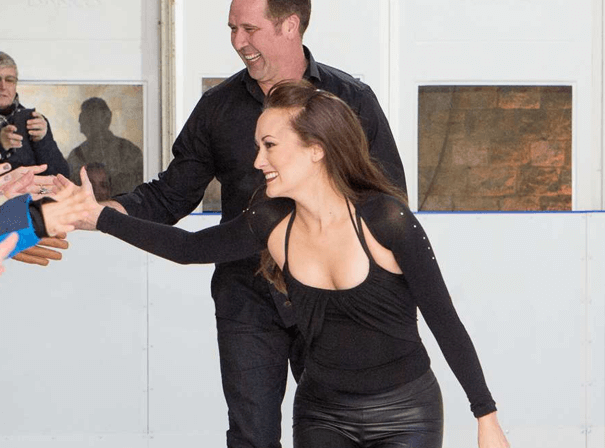