A heartthrob of the 1990’s, Freddie Prinze Jr.is an award winning American actor best known his roles in I Know What You Did Last Summer, She’s All That and Scooby-Doo, as well roles in varioustelevision series.

Prinze Jr. was born to be in the spotlight.The son of famed Chico and the Man comedianand actor Freddie Prinze, the same talent did not miss Freddie Jr. He firstappeared as an actor in 1995 with a guest role on the show Family Matters. His breakout role came just 2 years later in I Know What You Did Last Summer. Hereprised his role from this film a year later in the sequel I Still Know What You Did Last Summer.These roles led Prinze to a string of leading roles in films from 1999 to 2001.Prinze Jr. was the leading man in She’sAll That, Wing Commander, Down to You, Boys and Girls, Head Over Heels, andSummer Catch. In 2002, Prinze playedthe role of Freddy Jones in the ScoobyDoo movie and reprised that role in the sequel two years later.

Prinze’s run of success on the big screenthrough the 1990’s parlayed into roles on television including a guestappearance on Friends in 2002. In2005 Prinze was given his own sitcom entitled Freddie where he played the lead as well as writing and producing..Prinze later had a recurring role on the hit show 24 as Cole Ortiz. At times throughout his career, Prinze has alsobeen a writer for World Wrestling Entertainment’s Raw and Smackdown brands. Prinze lent his voice to episodes for Robot Chicken and Star Wars Rebels in 2018 and is scheduled to appear in an upcomingshow, I Mom So Hard. 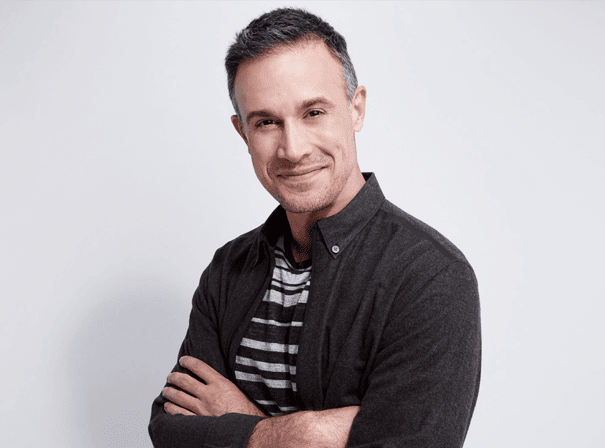