World famous as a guitarist for both Slayer and Exodus, Gary Holt is a legend of thrash metal. He sold over five million albums globally with Exodus and toured with the likes of Metallica and Megadeath before working with five-times Grammy-nominated Slayer for 8 years from 2011.

Hailing from San Francisco Bay, Holt joined Exodus in 1981 after the departure of their guitar player Tim Agnello. Holt established himself as the main songwriter for the band, and kept the group going for many years including following Kirk Hammett’s departure to join Metallica in 1983. Holt played on every single Exodus album – the only member of the band to do so. A pioneering force of the Bay Area thrash metal scene, the band had huge success with their first three studio albums and are now thought of as one of trash metals “big eight” bands.

In 2011, Holt was announced as a temporary replacement for Jeff Hanneman in Slayer and performed a number of high profile gigs with the world-famous thrash metal band. In 2013 he became a permanent member of the group following the sad death of Hanneman, and Holt remained with the band until their eventual split in 2019.
Holt has also worked as a producer, most notably for Warbringer on the album Waking into Nightmares, and has been writing new material for the eagerly-awaited new Exodus album due to be released in 2021. 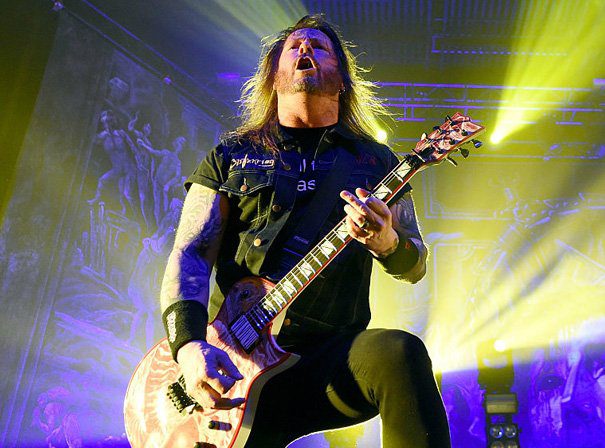