The legendary Graeme Sharp is a former professional footballer, who most famously played as a striker for the prolific Everton side of the 1980s. He has been a football manager, and now works for the local press in Liverpool as well as for Radio City in the North-West of England.

Born and raised in Glasgow, Scotland, Sharp started his professional playing career at Dumbarton in 1978 when he was 18. He remained at the Scottish club until 1980, making 40 appearances and scoring 17 goals for them. He signed with Everton for £120k in 1980, and made his debut towards the end of that season. However, he soon established himself as regular striker under new manager Howard Kendall, and went on to help the club secure the First Division titles in 1984-85, and 1986-87, to lift the FA Cup in 1983-84, as well as winning the European Cup Winners’ Cup in 1984-85. He was also named as Everton’s top goal scorer for four seasons, as well as for scoring their goal of the season in 1984-85. He left the Merseyside club for Oldham Athletic in 1991 for £500k just after their promotion to the First Division after a 68-year exile. He helped them retain their top flight status in 1991-92, ensuring that they would be part of the new Premier League that would begin the following season. He took over as their player-manager in 1994 until March 1997. He then took over the managerial reigns at Bangor City in the League of Wales and led them to a Welsh Cup victory in May 1988. He never turned out as a player for the Welsh side and so had effectively retired from playing after he left Oldham in 1997. On the international stage, he earned 12 caps with Scotland, and featured in the 1986 FIFA World Cup. 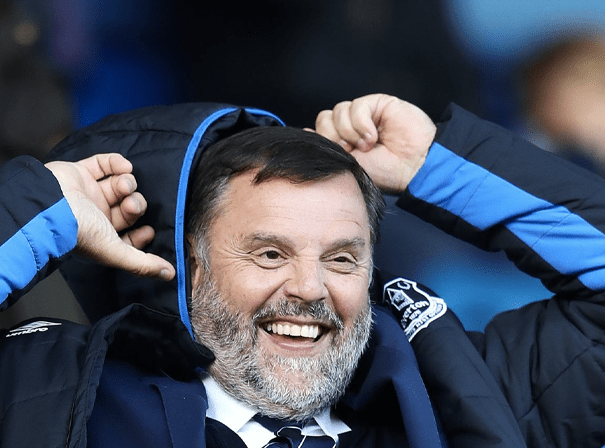